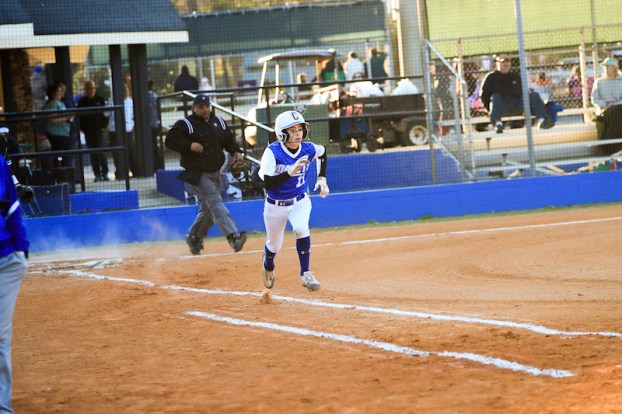 Chelsea started area play 1-0 thanks to a three-run seventh inning, which marked all of the game’s scoring. (For the Reporter/Dawn Harrison)

PELHAM – In a game that didn’t feature a single run until the final inning, the Chelsea Hornets were able to claim an area win over the Pelham Panthers on Tuesday, March 12, in their area opener.

Neither team had much success offensively for the majority of the game, but with Pelham already having an area win earlier in the week over Calera, Chelsea felt as if it needed to get the win and the desire to do so was on display in the seventh and final inning.

With the top of their order due up in the top of the seventh, the Hornets set in good shape and it got even better when Olivia Bergert was hit by a pitch to start the inning.

That was immediately followed by a single from Landry Holt, which put two aboard with no outs. A fly out then put the first out on the board, but an error on a hard ground ball from Brooke Burback finally broke the scoreless tie.

Following the ground ball, Pelham’s shortstop committed an error, which allowed Bergert to score for a 1-0 lead. Tyler Erwin then singled to center field to drive home Holt for a 2-0 lead.

With courtesy runner Jayden Buff able to advance to third during Erwin’s single, she had the chance to come home during the next at bat on a wild pitch, which put Chelsea in front 3-0.

That ended the damage, but Chelsea’s pitching had allowed just three hits and no runs to that point in the game and now had a three-run cushion.

Erwin, who had pitched the previous two innings, came back out to close the game in the bottom of the seventh. Despite giving up a lead-off double, she bounced back with a strikeout, a ground out and a pop out to leave the runner stranded and complete the 3-0 victory.

Abigail Bryars got the start in the circle and allowed one hit and no runs with five strikeouts in four innings.

At the plate, Erwin finished 2-for-4 with an RBI, while Bergert, Holt and Bella Patterson added Chelsea’s only other hits.

The Panthers got hits from Lauren Watts, Nevaeh McIntyre, Jaylee Davis and Bella Tatum in the loss.

By ALEC ETHEREDGE | Managing Editor  PELHAM – In between games for Pelham’s soccer programs, the teams come together for a... read more