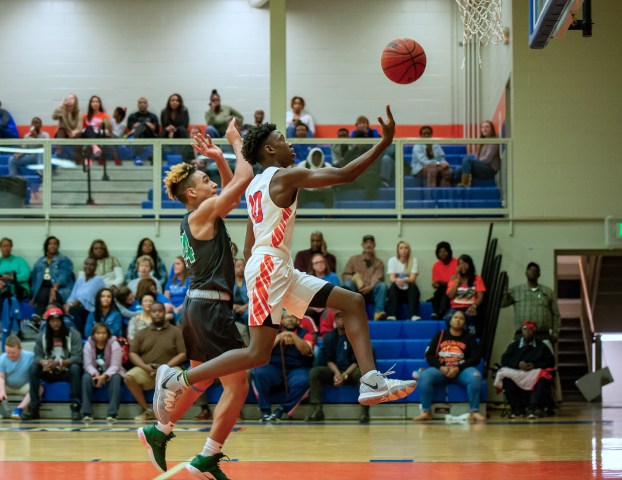 Montevallo's Michael Jones, above, earned a spot on the All-County First Team after leading the county in scoring with 18.2 points per game as a sophomore. (For the Reporter/Larry Dancy)

It also featured some of the best talent in the state to help make those impressive seasons possible. Seniors gave it their all in their final season, juniors primed themselves for special seasons next year, while a couple of younger players established themselves as names to watch over the next couple of years.

All of the best players from across the county are named below on the 2019-20 All-County boys basketball team.

Guard: Zane Nelson, senior, Oak Mountain. This year’s player of the year in the county, Nelson was the only senior in a starting lineup featuring three sophomores. He stepped up to not only average 16.2 points, 5.1 rebounds, 3.1 steals and 2.8 assists per game, but was the true definition of a leader to help lead the young team to Oak Mountain’s first Final Four in school history. 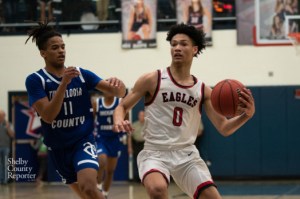 Guard: Michael Jones, sophomore, Montevallo. He may just be a sophomore, but Jones cemented himself as one of the state’s best player. He averaged a county-high 18.2 points per game as well as 3.8 assists and 2.2 rebounds per game to lead the Bulldogs to the Elite Eight. 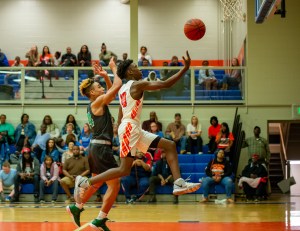 Guard: Daunte Cave, senior, Helena. Cave was one of the most consistent scorers in the county this year and ended the season by averaging 17.6 points per game, which was the second highest mark in the county. 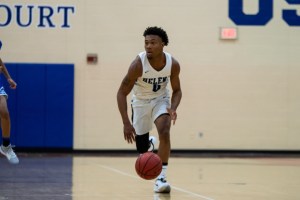 Forward: Ryshod Keith, senior, Vincent. During his final season, Keith averaged 17 points per game, but did much more to help his team by also averaging 6.7 rebounds and 4.4 assist per game to lead the Jackets to the Elite Eight. 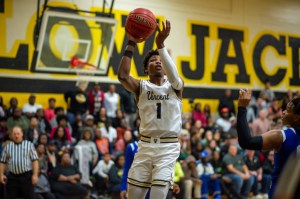 Forward: Hayden Lamey, senior Briarwood. The Lions, including Lamey, never seemed to be fully healthy this season, but that didn’t stop the senior from averaging 16 points, four rebounds and two assist per game. 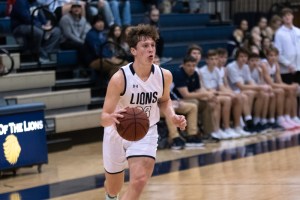 Guard: Blake Floyd, junior, Pelham. Pelham was a team that only had a handful of players to utilize this year because of injury. That makes Floyd’s 4.5 assist average impressive, while also being the team’s leading scorer with 14.5 points per game. He also posted three rebounds per game and helped the Panthers find a spot in the Sweet 16. 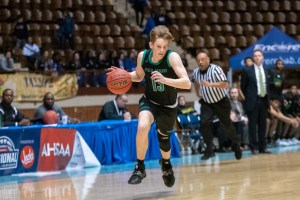 Guard: Duke Chambers, junior, Calera. Standing at 5-foot-9, Chambers was one of the smallest players in the county, but one of the most difficult to defend. He posted 14 points, four assists and three rebounds per game. 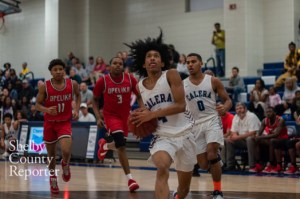 Forward: Chance Beard, senior, Briarwood. The second-leading rebounder in the county, Bear faced the same troubles as Lamey for Briarwood this season. He, however, went on to average 13 points, eight rebounds and two assists per game. 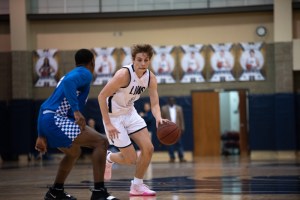 Forward: Chaney Johnson, senior, Thompson. As Thompson’s leading scorer, Johnson was key for the Warriors and difficult to guard when he was on. The senior averaged 13.4 points and 4.4 assists per game. 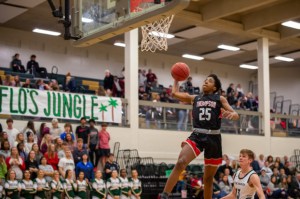 Forward: JaBrian Sullens, senior, Montevallo. Sullens was the county’s leading rebounder with 8.7 per game, while he also averaged 13.2 points per game. He was key in the Bulldog’s trip to the Elite Eight and threw down many monster dunks throughout his senior season. 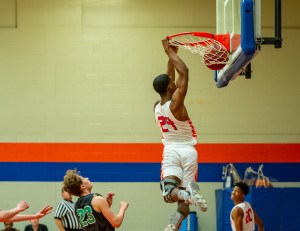 Guard: Cam Crawford, junior, Spain Park. While Crawford averaged 11.3 points, 5.3 rebounds and 2.5 assists per game, what he did to help his team is what earned him a spot. That’s where his game transformed the most this season, and is something that makes Spain Park a dangerous threat with him and several others back next year coming off a Sweet 16 appearance this year. 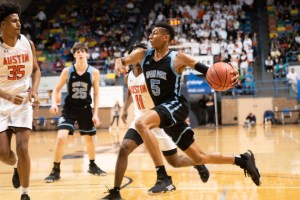 Guard: Malik Hamilton, senior, Vincent. The second highest 3-point shooting mark in the county went to Hamilton, who made 70 this season. That led to the Vincent senior scoring 13.9 points per game, but he also was the team’s leading rebounder with 7.9 rebounds per game. 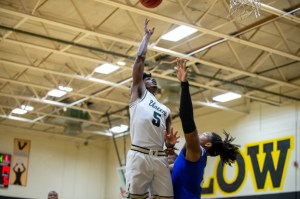 Forward: Caleb Moore, senior, Chelsea. While it wasn’t the season Chelsea had hoped for, they ended up with a chance late in the season because of Moore’s play. After not playing as a junior, he came back to post 10.2 points, 4.4 rebounds and 1.8 blocks per game per game. Down the stretch, once sliding into the starting lineup, he averaged 13.9 points, 5.7 rebounds and 2.2 blocks per game in the final 17 to help the Hornets up their play. 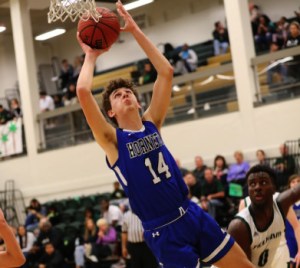 Forward: Jamarius Carter, senior, Montevallo. Joining Sullens in the post, Carter is one of the key pieces that made Montevallo an Elite-Eight team this year. He averaged 10.7 points and seven rebounds per game for the Bulldogs. 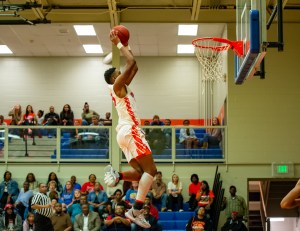 Center: Will Shaver, sophomore, Oak Mountain. While there is still plenty of room for growth, Shaver got better and better each game this season. He was much better at handling the ball than his freshman season and was much better at the end of his sophomore season than he was at the beginning. He averaged 8.5 points and 6.1 rebounds per game, but his defense around the rim turned Oak Mountain into a Final-Four team with two blocks per game. If his offensive play improves next year, he’ll be one of the state’s biggest threats and it will be much needed with the departure of Nelson. 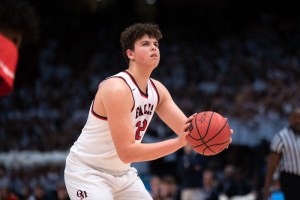 By ALEC ETHEREDGE | Managing Editor With the spread of COVID-19 (Coronavirus) precautions have been taken across the country, specifically... read more