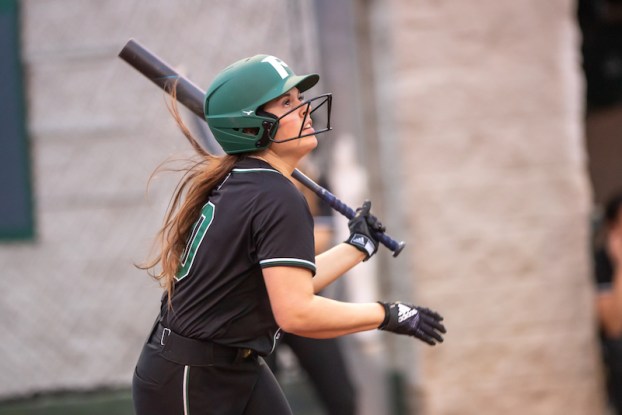 HOMEWOOD – The Pelham Panthers’ softball team is heading into at least a three-week break from play with a strong 16-5 victory over Homewood on Friday, March 13.

The Panthers outhit the Patriots 10-4 in the game and busted open the 11-run win in the top of the sixth with nine runs crossing the plate. That was plenty strong enough with the way Brianna Copeland ended the game in the circle.

She pitched the final four innings and allowed no runs on no hits with seven strikeouts and just two walks in a winning effort.

Offensively, the Panthers started the game strong in the top of the first inning when Hallie Burnett homered to center field for a two-run shot that put the Panthers on top 2-0.

Homewood answered back in the bottom half with two runs of its own, which started an impressive first two innings. The Patriots scored on an RBI double and a fielder’s choice to drive in the two first-inning runs.

Then, after Pelham went scoreless in the top of the second, Homewood came back and posted a three-run second inning to take a 5-2 advantage. The Patriots took advantage of stolen base and then two RBI singles with two outs to tally the three runs.

But Pelham answered back with five runs of its own over the next two innings starting with a three-run third.

Nevaeh McIntyre started it off with an RBI double to drive home one run, before a walk to Burnett was followed by a two-RBI double from Jaley Davis that tied the game at 5-5.

Then, in the top of the fourth, McIntyre gave Pelham the lead for good with a two-run home run that put the Panthers in front 7-5.

While the fifth came and went quietly, the Panthers closed the game out in the sixth inning with a dominant nine-run performance.

A big reason why were errors and walks. Pelham started the inning with four singles, a walk and a strikeout to make the score 10-5 with one out. Another run crossed the plate on a fielder’s choice to make it 11-5 with two outs on the board.

Then, five walks and two errors the rest of the frame led to the final five runs of the game crossing the plate, as the Panthers pulled off the 16-5 mercy-rule win.

Davis finished the game 3-for-4 with five RBIs to lead the way, while McIntyre finished 2-for-4 with four RBIs. Burnett also had a solid game going 2-for-3 with two RBIs and three runs scored. Lauren Watts, Madalin Petrock and Bella Tatum all had one hit in the win.

HUNTERSVILLE, N.C. – The Southern Professional Hockey League today announced its Board of Governors voted unanimously to cancel of the... read more