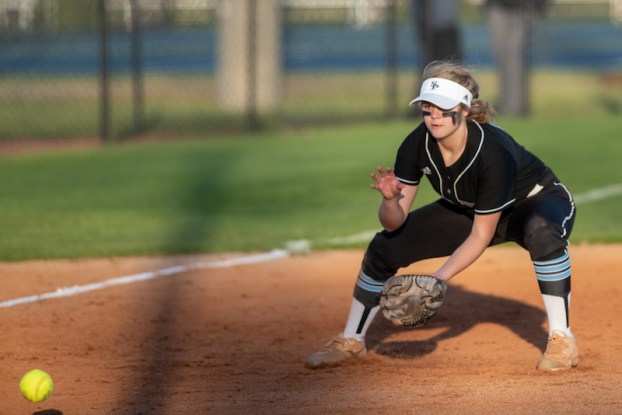 Alexis Anderson, above, had a big tournament for Spain Park, as the Jaguars won their fourth tourney in a row to open the season. (Reporter photo/Keith McCoy)

DOTHAN – The No. 1 ranked Spain Park Jaguars continued their dominant start to the 2020 softball season by going 5-0 at the Dothan tournament between Friday, March 13, and Saturday, March 14, to win their fourth consecutive tournament and improve to 21-0 on the season.

The Jaguars picked up wins of 16-0 against Cottonwood, 5-3 against Headland, 15-0 against Brantley and 3-2 against tournament host Dothan to earn a spot in the championship game against Saraland on Saturday afternoon.

Before the championship, however, the Jags had to take down the host in thrilling fashion. A game that saw them score just one run through the first six innings and go into the seventh tied 1-1, led to a thrilling finish that saw the Jaguars facing their first loss of the season.

Dothan scored the game’s first run in the top of the first, while Spain Park kept the game alive in the bottom of the fourth with the first of two big hits from Alexis Anderson, who drove home Taylor Harrington with an RBI double to tie the game.

In extra innings tied 1-1 in the top of the seventh, a runner was automatically placed on second for Dothan to kick off the frame. Following two outs, Dothan was able to drive home a run on a single to take a 2-1 lead.

After gathering the final out, the Jaguars went into the bottom of the seventh staring their first loss in the eyes.

That changed very quickly with one swing of the bat.

With Harrington placed on second to start the inning, Anderson stepped into the batter’s box and drove a bomb over the center-field wall for a two-run walk-off homer that gave Spain Park a 3-2 win.

That kept the Jags’ perfect season alive and sent them into the title game.

In the championship game, both Spain Park and Saraland got off to slow starts with no runs in the first two innings, but only the Jaguars changed that over the final two innings.

In the bottom of the third, with two outs, Anderson came through again with an RBI single to put Spain Park in front 1-0, before another single from Lindsay Parker put runners on the corners. That was followed by a single from MacKenzie Thompson that drove home Anderson for a 2-0 lead through three innings of play.

Saraland loaded the bases in the top of the fourth, but stranded all three runners.

In the bottom half, the Jaguars came to the plate looking to end the game, which they did behind a two-run home run from Katie Flannery and a wild pitch that allowed Annabelle Widra to cross the plate for what became the final run in a 5-0 win.

Spain Park was led by Widra at the plate in the championship with a 2-for-3 game featuring two runs scored, while Flannery finished 1-for-2 with two RBIs. Anderson had a strong tournament and went 1-for-1 with a run scored, an RBI and a walk in the championship game. Parker and Thompson each added a hit in the title.

By ALEC ETHEREDGE | Managing Editor  HOMEWOOD – The Pelham Panthers’ softball team is heading into at least a three-week... read more