By JEREMY RAINES | Special to the Reporter

PELHAM – While sports and schools were shutting down across the state and country on Friday, March 13, there was a glimmer of hope at Pelham High School, as Bibb County’s was honored by the Panthers.

In their last game until at least April 6 due to COVID-19 cancelling schools and sporting events, the Panthers honored Bice, who had been through a battle of his own, by having him throw out the first pitch ahead of a baseball game between PHS and Bibb County.

In the fall of 2019, Bice, who was a third baseman on the team, was involved in a life-changing automobile accident during his commute to BCHS that left him paralyzed.

Earlier this year, Bice was brought to tears and filled with emotions when he had the opportunity to reunite with his team and throw out the first pitch during a home game for the Choctaws.

Pelham wanted Bice to have another special memory through a pregame ceremony on March 13 as well, which proved to be a very special moment as Pelham head coach Sean Anderson and his team welcomed Bice to the mound for the game’s first pitch.

He rolled up in his wheelchair and hurled the opening pitch toward home plate to kick off the night’s festivities, before a group picture of both teams surrounding Bice was taken. 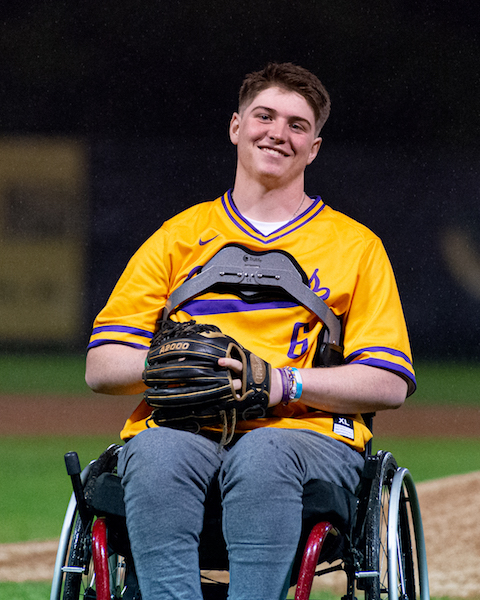 The special moment started back when Clay Massey, who is one of the current defensive coaches for the Choctaws’ football program and had a recent coaching position on the Pelham coaching staff under Tom Causey, moved to Bibb County.

After Massey and his family moved, Pelham added the Choctaws to its baseball schedule. When the Panthers’ baseball coaching staff received word of the situation Bice had endured, Anderson wasted no time sending words of encouragement to Bice while recovering in the Shepherd Center in Atlanta.

Anderson contacted Massey and provided Bice with a Pelham baseball team jersey in which the entire team signed. To add to this generosity, Anderson also arranged for Bice to throw out the honorary first pitch during the Friday night matchup.

“I want my men to know that there was more to the life than the game of baseball itself,” Anderson said.

The act of kindness helped provide a memorable moment for both Bice and his team.

In addition to throwing out the first pitch, Pelham Baseball provided Bice with a wooden cross customized with the cover of a baseball also forming a cross. 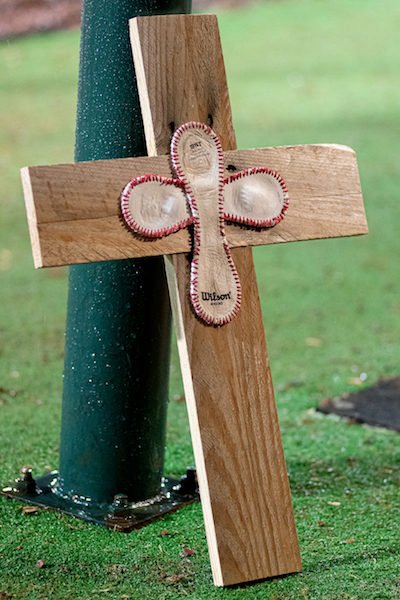 “When life throws you a curveball, hit it out of the park. Hunter, you did,” Anderson said on Twitter after the game.

In the game itself, the Choctaws got out in front of the Panthers 1-0 in the bottom of the third inning and held that lead throughout, eventually tacking on five additional runs for a 6-0 lead.

The Choctaws never trailed, but Pelham did attempt a comeback in the home half of the final inning, scoring three runs.

Pelham outhit Bibb County 7-5 in the game with seven different players picking up a hit, but just one of those was an extra base hit on a double from Phillip Duke in the final inning. He also had the Panthers’ only RBI of the night.

For now, baseball has been placed on hold, but the memories the Panthers baseball program provided Bice will last a lifetime. This simple act of kindness by the PHS baseball program can serve as a guiding principle for the rest of us, proving that it does not much to help brighten the day for others around us.

By ALEC ETHEREDGE | Managing Editor  HOMEWOOD – The Pelham Panthers’ softball team is heading into at least a three-week... read more