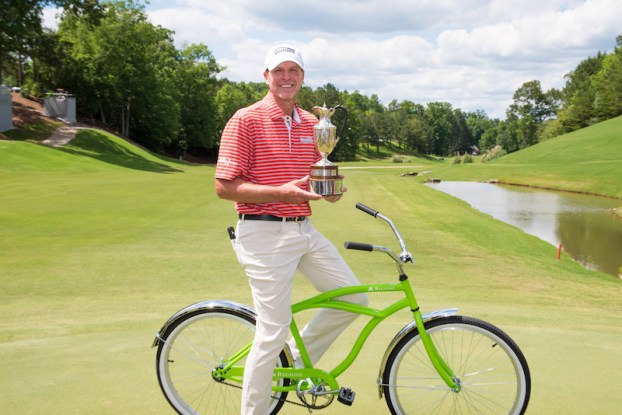 The 2020 Regions Tradition has been rescheduled for Sept. 23-27 thanks to COVID-19. (Reporter photo/Keith McCoy)

HOOVER – The PGA Tour Champions announced on Tuesday, March 17, that the Tour’s first major championship of the year has been postponed due to the COVID-19 (Coronavirus) outbreak.

The Regions Tradition, which takes place annually in Hoover, was scheduled to take place at Greystone Golf and Country Club on Wednesday, May 6, but the PGA Tour Champions announced on Tuesday that all tournaments scheduled between now and May 10 would either be canceled or postponed.

In a decision by the Tour, the Regions Tradition will now take place Sept. 23-27 and will still be held at Greystone Golf and Country Club.

The PGA Tour Champions said the reason for the move was to ensure “the health and safety for all and a meaningful conclusion to the season.”

The tournament will now go from being the season’s first major to the year’s last on the 2020 Champions schedule.

“As we all deal with the immediate impacts of the coronavirus, Regions is focused on the safety and health of our customers and associates,” said John Turner, Regions Bank President and CEO. “While our community rallies together, we also understand that events like the Regions Tradition are important in their economic impact to local businesses and in direct benefits to nonprofits. We are pleased to have been able to work with our partners and reschedule the Regions Tradition to later in the year to help ensure its impact can continue.”

The move likely means a change to the annual Wednesday pro-am, which tends to be largely SEC football related with the Paul Finebaum Show in attendance and most of the SEC football coaches. But taking place during the first month of the football season will force changes to that.

Nonetheless, one of the PGA Tour’s biggest events will continue, which is good news for charities. Since 1992, the tournament has raised more than $19 million for local charities, with Children’s of Alabama serving as the primary beneficiary.

“We are pleased the Regions Tradition has been rescheduled,” said Gene Hallman, CEO of Bruno Event Team. “We want to thank Regions Bank for being an outstanding corporate citizen. Their support of the 2020 rescheduled tournament will provide our local economy and charities a much needed economic boost in the fall. This year’s tournament will represent the 29th straight year that our community has successfully hosted a PGA TOUR Champions tournament.”

BIRMINGHAM – COVID-19 testing held at Church of the Highland’s Grandview Campus on Monday will move to the church’s Grants... read more