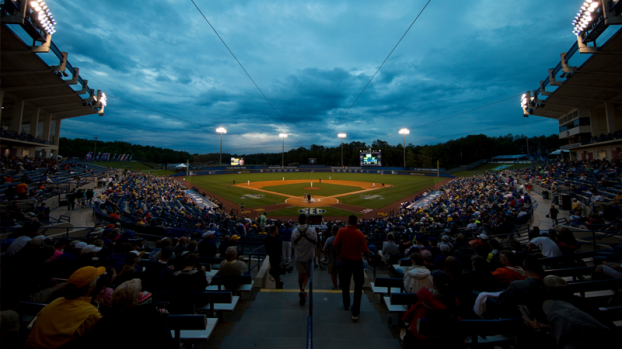 The SEC Baseball Tournament has been held at the Hoover Metropolitan Complex for the past 22 years. (FILE)

HOOVER – On Tuesday, March 17, the Southeastern Conference announced the SEC Baseball Tournament will not be played this year due to the COVID-19 Virus outbreak.

For the past 22 years, that tournament has been played at the Hoover Metropolitan Complex.

“The SEC Baseball Tournament has become the premier conference baseball tournament in the country in large part due to the great support of the city of Hoover and residents across the Birmingham area,” SEC Commissioner Greg Sankey said. “We are disappointed we will not be able to conduct the tournament in 2020, but we look forward to coming back in a bigger and better way in 2021.”

The SEC Tournament is one of the largest events held in the city of Hoover. Mayor Frank Brocato said getting news of the cancellation was difficult to hear but expected.

“We are grateful for what the SEC means to Hoover, the Birmingham-Hoover metropolitan area and the state of Alabama,” Brocato said. “We are honored that we have hosted this wonderful tournament for 22 years.

“We certainly anticipated this call from Commissioner Sankey and we know it is a decision he did not make lightly but with great consideration, input, and obviously considering the national emergency we all are facing. We look forward to the return of the tournament next year and we, in the SEC, will work very hard to make it the best ever in the history of the SEC.”

Tuesday, the PGA Tour announced it has rescheduled the Regions Tradition for Sept. 23-27 at the Greystone Golf and Country Club in Hoover.

The tournament was originally scheduled for May 6-10.

“The Regions Golf Tournament is certainly one of the finest senior tournaments in the country and the city of Hoover has enjoyed being the host of that tournament for 28 years. We know the decision to change the dates was difficult, but obviously needed to be done considering what the world and country are facing at this time,” Brocato said. “We are happy that the tournament was able to reschedule in September and we will work hard to help it continue to be a premiere event in the city of Hoover and the state of Alabama.”