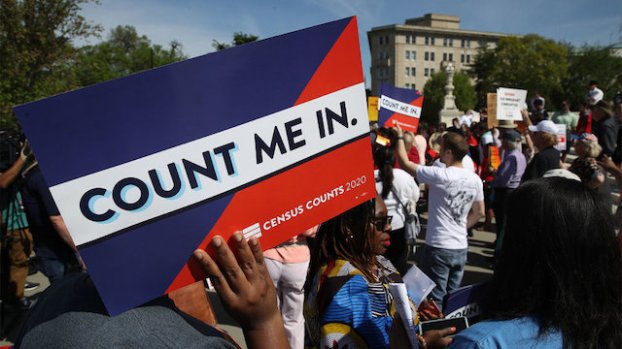 The 2020 Census will mark the 24th time the United States has counted its population since 1790. (File)

The history of the census

This is the first in a series of columns about the U.S. Census.

The concept of a census, or counting of residents, is an ancient one dating to biblical times – at least nine censuses are mentioned in the Bible. The first being the census of Judea, recorded in the Book of Luke, establishes the birth of Jesus.

The United States Constitution requires that the country conduct a count of its population every 10 years and is necessary to determine each area’s representation in the House of Representatives. In 1790, George Washington signed the act into law [source: U.S. Census Bureau]. While the Constitution describes the census simply as an “enumeration of inhabitants,” the census has evolved into a more comprehensive — and useful — process for understanding the habits of people living in the United States. The 2020 Census will mark the 24th time the country has counted its population since 1790.

According to Judy Hanna Green’s guide “Finding Treasure in the U.S. Federal Census,” the primary goal of the original 1790 census was to provide information on men eligible for the military. During the War of 1812, much of the 1790 census was destroyed by fire.

In the first national census, 650 U.S. marshals went house to house unannounced on horseback all over the nation to count people, writing with quill pens on any scraps of paper they could find. The cost of that first census project was $45,000 [source: Washington Post]. Compare that with the 2020 census, which is projected to cost $15.6 billion or close to $100 per U.S. household [source: Government Accountability Office].

In 1880 trained workers were employed for the first time to conduct the census. In 1890 the Census Bureau developed a new electrical machine that could add up responses to questions after census workers punched holes in the right places for each answer. Cards were then fed into a machine that totaled the result.

In 1946 the first modern computer, which was essentially many machines working together and took up a whole room, came about. The census was taken door to door until 1960, when it was replaced by mail distribution.

The 2010 Census saw a major technological advance with the use of handheld GPS devices. Debuting in 2020 is the use of satellite imagery to locate new homes and identify those that no longer exist.

By DAISY WASHINGTON / Community Columnist Barbara Williams’s volunteer involvement in the community has extended over decades. Her work with... read more