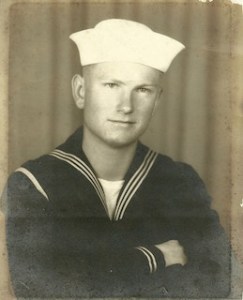 “The American Village is pleased to join the Shelby County Reporter in recognizing Petty Officer (Second Class) John Robert Dunn as Veteran of the Week,” American Village founder and CEO Tom Walker said. “He is representative of the hundreds of thousands of Alabamians who have risked it all for the sake of our country and its freedom. To all veterans we owe a debt we can never fully repay.”

John R. Dunn was born in Etowah County on 1924. He served in the U.S. Navy during World War II from 1943-1946. He was stationed in the Aleutian Islands, Alaska, with the Hedron fleet Air Wing-4, where he received the Asiatic Pacific Medal, American Theater Medal and the Victory Medal. He was honorably discharged after the war ended. He came back to Glencoe, Alabama, and married Eva Rooks in 1947. They had a son Fred and daughter Debbie and lived in Glencoe for over 60 years.