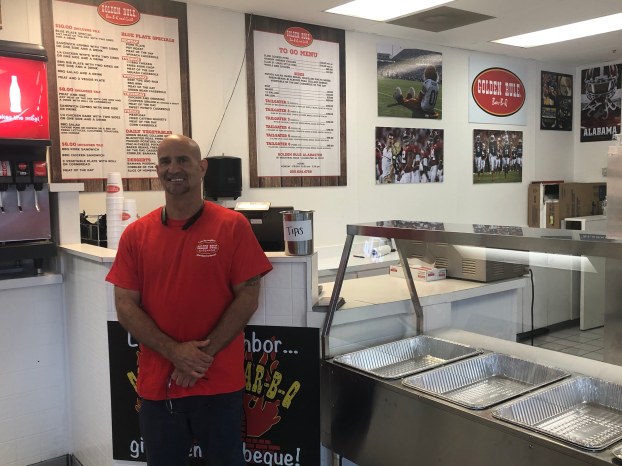 ALABASTER – Paul Curcio, owner of Golden Rule BBQ, announced on the restaurant’s Facebook page on Monday, March 23, that the Alabaster eatery will be closed until at least April 5.

Curcio said the closure is due to a decrease in traffic at the lunch spot.

“It was a business decision,” Curcio said. “We’ve lost some traffic at all of the stores because of the state guidelines in place for restaurants. The cost of running the store was too much given the amount of business we’re seeing right now.”

Curcio owns other Golden Rule BBQ locations in Helena and Pelham. He said each of the stores have seen a 50-60 percent decrease in business as well.

“We’re going to play it by ear based on what the state says,” he said.

The store had a daily crew of three employees and is located inside the Exxon gas station on Industrial Road.

Curcio said he’s had to decrease the number of employees working at each of the restaurants, but none of them have been fired or laid off. He intends to bring each employee back after the state restrictions are lifted for restaurants.