In grief, we the family of Jon Long announce his passing Monday, March 16, at Altoona Health & Rehab in Altoona, following a dreadful battle with dementia/Alzheimer. 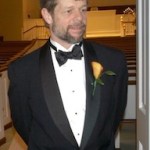 Jon’s body is being donated for research, as he wished, after which he will be cremated.

Services will not be scheduled until receipt of his remains and members of the family are able to gather, later in the year.  Notification of a memorial will be made in varying formats.