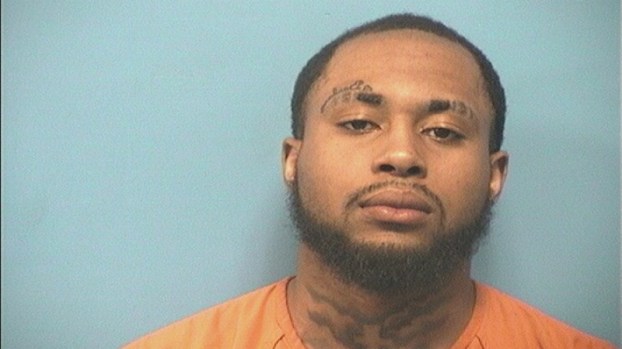 CHELSEA – Chelsea residents helped police track down two people charged with breaking into vehicles in the area on Thursday, March 26.

The Shelby County Sheriff’s Office responded to a 911 call in the area of the Narrows subdivision at about 5:49 a.m. on March 26, with the caller reporting unknown individuals looking through a vehicle parked in the driveway of a residence, according to an SCSO release.

Deputies responded to the area, but they were not able to immediately locate any suspects.

A short time later, another caller reported two suspicious people walking down the road who had entered a vehicle in a nearby cul-de-sac.

This resident provided detailed information about the clothing and a vehicle description of the suspects.

The vehicle left the neighborhood and was located a short time later wrecked near Benson Plaza in Chelsea.

The vehicle was later determined to be stolen from the Sylacauga area, the SCSO release stated.

The two suspects fled the scene of the wreck into the wooded area behind Benson Plaza.

McCain is being held at the Shelby County Jail on bonds totaling $66,000.

The juvenile male is being held at the Shelby County Juvenile Detention Center.

The case is still ongoing, and additional charges may be filed, the release stated.

The Sheriff’s Office is asking residents from the Narrows subdivision and Yellowleaf subdivision in Chelsea with security surveillance cameras to review their video from 4-6 a.m. on Thursday, March 26. If any suspicious activity or individuals were captured on the footage related to this incident, contact Investigator Ken Prady at (205) 670-6122 or kprady@shelbyso.com.

Residents are also asked to report the discovery of any unknown items on their property that may be associated with this case.

Shelby County Sheriff John Samaniego extended his gratitude to the residents of Shelby County for being vigilant and for reporting the suspicious activity of these individuals, which was an integral part of the case from the start of this incident until the very end.

“Today was a great example of law enforcement working hand-in-hand with residents of our community to prevent criminal activity,” Samaniego said. “We are blessed to have the eyes and ears of our citizens as a valuable resource.”