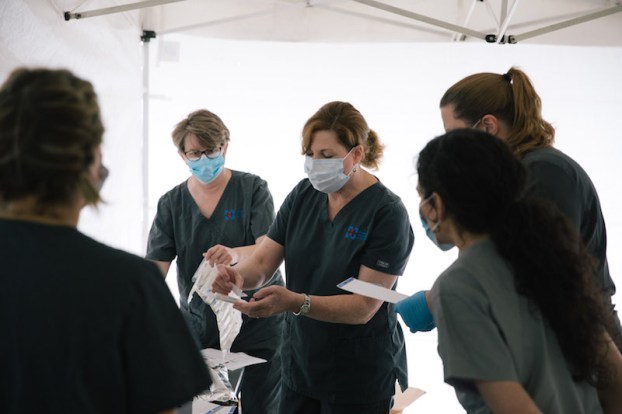 The day after the first two deaths were confirmed from COVID-19 in Shelby County, the confirmed number of cases rose by just three from 86 to 89.

But in addition to the two confirmed deaths, Shelby County coroner Lina Evans said two others have died from the virus with pre-existing conditions, while numbers are behind due to testing concerns.

The latest numbers from the Alabama Department of Public Health came at 6:30 p.m. and featured 1,105 confirmed cases of the novel coronavirus statewide, while 17 deaths had been confirmed and another 28 reported.

That was close to an increase of 200 cases from Monday evening until Wednesday night with 7,774 tests administered.

The 17 confirmed deaths have come from 11 different counties, including Chambers, Jackson, Jefferson, Lauderdale, Lee, Madison, Mobile, Montgomery, Shelby, Tallapoosa and Washington. Chambers has had the most confirmed deaths with four, while Shelby, Mobile and Lee all have two confirmed by the ADPH so far.

Shelby County is one of now 52 counties with multiple cases of COVID-19 and now has the third highest total of confirmed cases. Jefferson County still makes up the most from a single county with 302 confirmed cases, as their numbers continue to rise, while Madison County now has 107 confirmed cases and Lee County has 83.

A total of eight counties now have 20 or more confirmed cases. Other distinct numbers include 57 from Mobile County, 45 from Chambers County, 35 from Montgomery County, 32 from Walker County and 30 from Tuscaloosa County.

Other counties listed as having one confirmed case of COVID-19 include Butler, Conecuh, Crenshaw, Dale, Escambia, Fayette, Hale, Lamar, Lowndes and Russell.

This latest update featured 62 of Alabama’s 67 counties with at least one confirmed case. 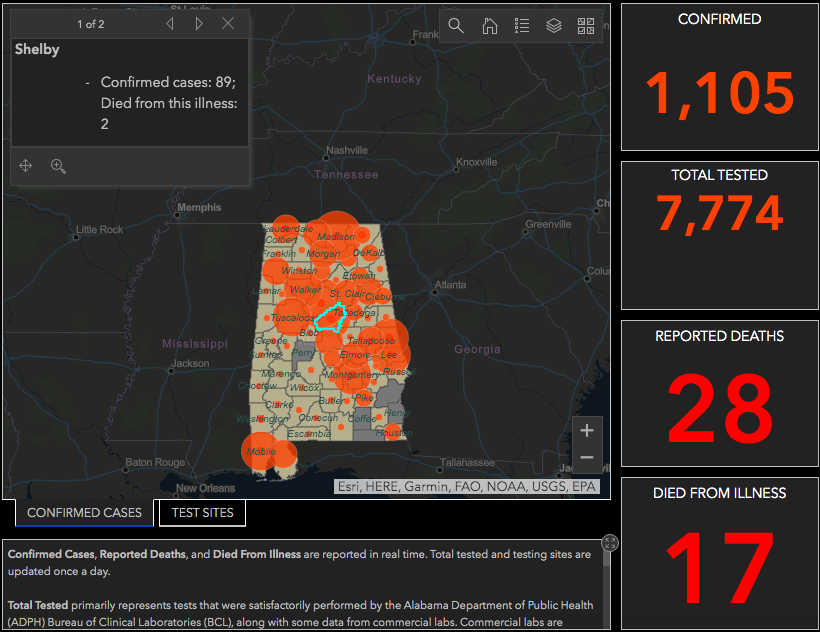 By ALEC ETHEREDGE | Managing Editor It was confirmed on Tuesday morning, March 31, that Shelby County had its first... read more