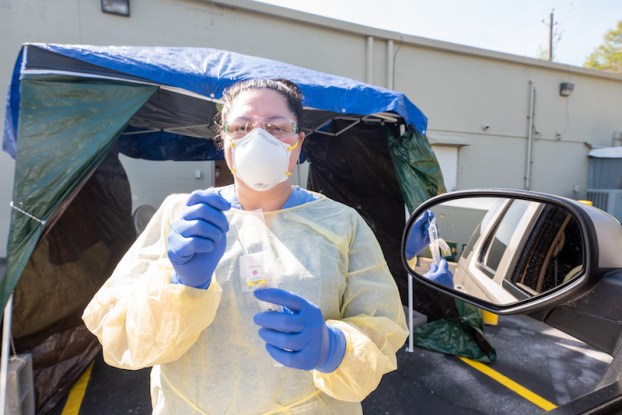 A busy 24 hours of confirmed cases of COVID-19 across Alabama and Shelby County saw the state total increase by more than 150 cases, while the county hit triple digits for the first time.

The latest numbers from the Alabama Department of Public Health came at 5:40 p.m. and featured 1,261 confirmed cases of the novel coronavirus statewide, while Shelby County reached 101.

In addition to those staggering numbers, the total number of confirmed deaths in the state is at 17 deaths, while another 32 have been reported.

The 17 confirmed deaths have come from 10 different counties, including Chambers, Jackson, Lauderdale, Lee, Madison, Mobile, Montgomery, Shelby, Tallapoosa and Washington. Chambers has had the most confirmed deaths with four, while Mobile has three and Shelby and Lee both have two confirmed by the ADPH so far.

Shelby County is one of now 56 counties with multiple cases of COVID-19 and now has the third highest total of confirmed cases. Jefferson County still makes up the most from a single county with 323 confirmed cases, as their numbers continue to rise, while Madison County now has 116 confirmed cases and Lee County has 91.

A total of eight counties now have 30 or more confirmed cases. Other distinct numbers include 69 from Mobile County, 67 from Chambers County, 46 from Montgomery County, 37 from Tuscaloosa County and 34 from Walker County.

Other counties listed as having one confirmed case of COVID-19 include Butler, Conecuh, Crenshaw, Dale, Fayette, Hale and Lamar.

This latest update featured 63 of Alabama’s 67 counties with at least one confirmed case. 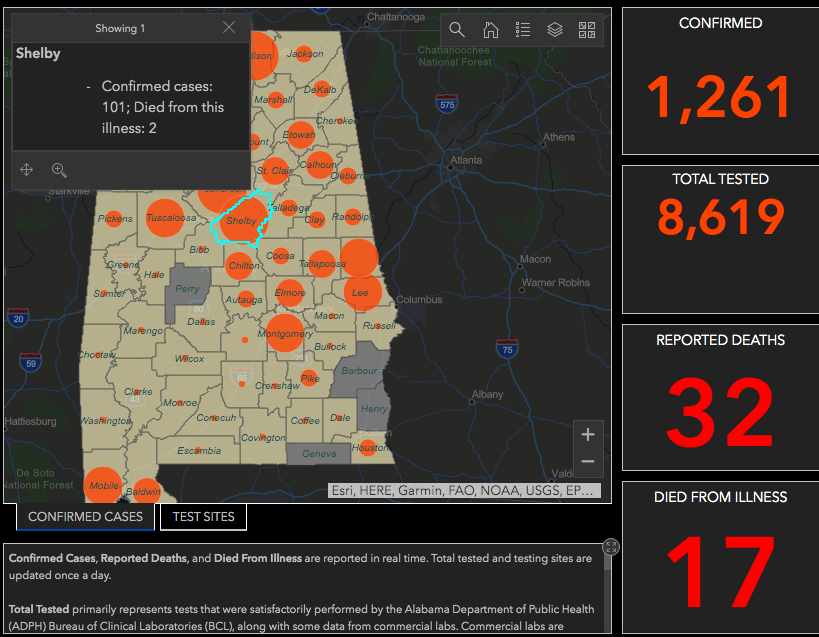 By EMILY SPARACINO | Staff Writer and ALEC ETHEREDGE | Managing Editor The day after the first two deaths were... read more