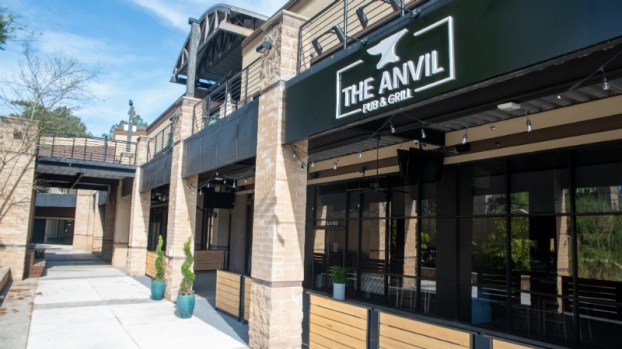 HOOVER – The novel coronavirus pandemic has taken a toll on many businesses, and The Anvil Pub is no different—except that the Lee Branch restaurant opened just weeks before it was forced to close to the public.

With a skeleton crew, The Anvil is surviving on curbside orders and hoping to reopen once the pandemic is under control.

“It’s been a challenge, no doubt,” said Gerrit French, one of the partners who opened the restaurant.

The Anvil opened at the site formerly occupied by Revolve Kitchen and Brew as an upscale British pub, with specialties including fish and chips, savory meat pies and a full English breakfast on Saturdays and Sundays.

Then the unimaginable happened.

The decision was made to lay off all hourly staff, including servers and hosts, because they would benefit more from unemployment than a minimized, unguaranteed amount of hours.

A chef remains in the kitchen, as The Anvil offers curbside takeout from 4-6 p.m. on Tuesdays, Thursdays and Saturdays.

The every-other-day schedule allows the restaurant to be precise in the amount of ingredients it orders to ensure efficiency and the freshest food possible.

Orders are taken the day before. So, for orders to be picked up on a Tuesday, orders are accepted on Monday and until 2 p.m. on Tuesday.

A menu is posted at TheAnvilPub.com and on social media. The selections are based on the ingredients the chef was able to secure.

Many of the selections were on the restaurant’s regular menu, and also offered are family-style meals.

French said the community’s support has allowed The Anvil to stay afloat.

“We’ve really been impressed with the support we’ve gotten from our community,” French said. “People enjoy the food, but they’re also interested in the restaurant’s continued success.”

Before the closure, The Anvil was about to open its patio seating area.

So, when the full restaurant is reopened, even more employees may be needed than previously.

“Our goal is certainly to hire every bit of our staff back and then some, I hope,” French said.

SCSO to close front lobby and make changes to operations

COLUMBIANA – The Shelby County Sheriff’s Office has implemented some operational changes amid the COVID-19 pandemic. “With the COVID-19 outbreak,... read more