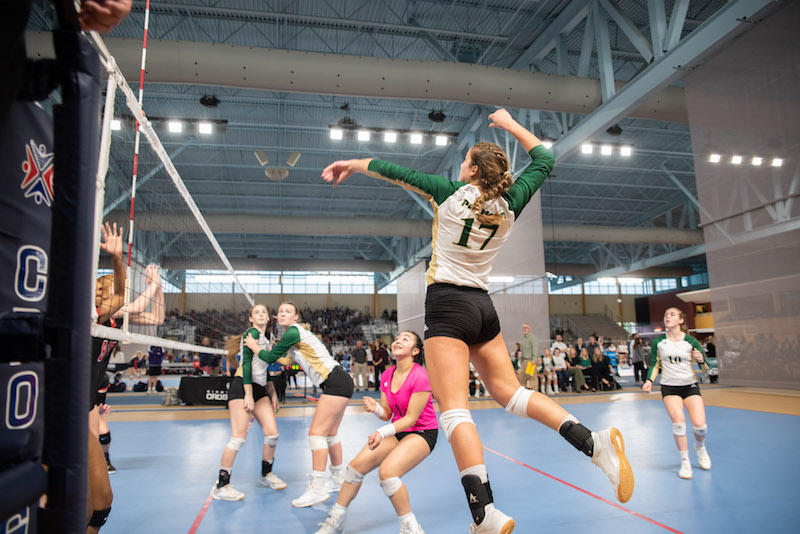 Pelham’s Erin Long, above, and Tamia Nelson have both been honored as Bryant-Jordan Scholarship-Athlete regional winners. (File)

It was a clean sweep in Class 6A for the Pelham Panthers, who had two athletes take both available spots for the Class 6A, Region 4 Bryant Jordan regional award.

The awards honored 104 of the state’s best seniors, including 16 in each of the first six classifications and eight in Class 7A.

In each of the first six classifications, there were eight different regions awarded and a scholarship athlete and achievement athlete were honored in each of the eight regions.

For Class 6A, Region 4, Pelham’s Erin Long and Tamia Nelson took home the two awards, making the Panthers one of eight schools to win two honors.

Long was named this year’s scholarship athlete region winner, while Nelson was the achievement winner.

In addition to that, if they were to win those honors, the two athletes would be nominated to take home the top overall awards from the Bryant-Jordan Student-Athlete Scholarship Program.

They have already been awarded $3,500 in scholarships, while the classification winners would receive additional grants as would the overall winners.

In her time at Pelham, Long has been one of the county’s best athletes in both volleyball and track and field.

In volleyball, she contributed for the Panthers since her freshman season and helped them go to at least the state tournament (Elite Eight) in her last three years, to the Final Four two years in a row and a state championship during her sophomore season.

As a senior, she not only led the county in kills this past season with 465, but finished her career with 1,160 kills. She also added 378 digs, 58 aces and 49 blocks during her final year.

In addition to that, Long was set to have an impressive outdoor track and field season this spring before the season was shut down. In the two events she got to compete in, Long finished first four times and second once .

She won twice in the javelin throw and once each in the 80-meter hurdles and triple jump.

In her remarkable high school career, dating back to 2015, she finished inside the top 10 in 190 total events according Milesplit.com, while she finished on the podium in 95 times, including 29 first place finishes.

This year, during the indoor season, Lon finished fourth at the state meet in the 60-meter hurdles, eighth in the high jump, third in the long jump and second in the triple jump. She also finished inside the top six in four different events last spring.

For Nelson, she’s had to battle multiple schools and not playing at all her junior year after transferring from Pelham. 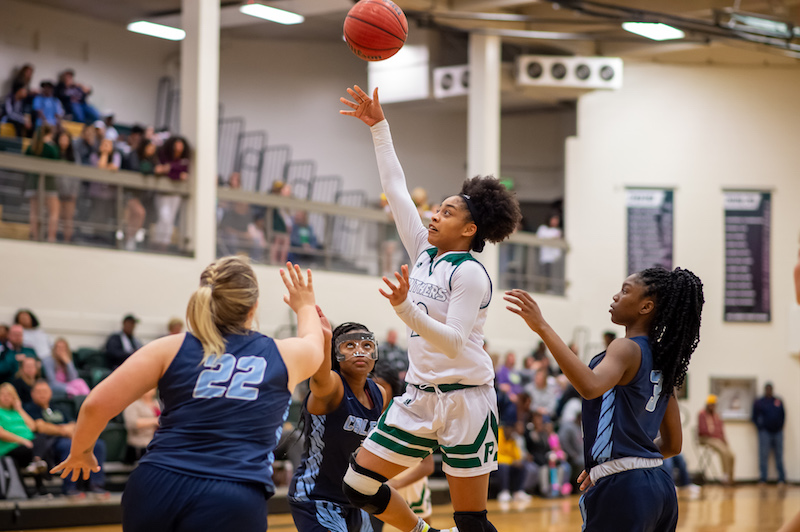 “It was tough not to play last year,” Nelson said before the season. “But I got to learn a lot and did everything I could to be a part of the team. I was known as ‘coach T’ last year. I gained respect and got to practice with them every day.”

Finally getting to suit up for the Panthers, and in her only high school stop of being on the same team for the second year in a row, Nelson averaged 7.5 points, 7.9 rebounds and 3.3 assists per game as a point guard.

Those were remarkable numbers for Nelson, and they’re numbers that showed how much of a team player she was to grab close to eight rebounds per game from the guard position, while also being one of the top assisters in the state.

Through her one year of sitting out at Pelham before becoming eligible, Nelson took advantage of practicing with the team and trying to insert herself as a member of the team however she could. This year, that hard work paid off with the way she led the Panthers and gelled with her teammates, especially on a team with just two seniors.

In addition to her achievements on the court, she also earned a $10,000 scholarship for her Horatio Alger contest essay, which was one of just eight scholarships in the state.

All of those accomplishments have helped her earn the possibility of playing college basketball at Lawson State.

Now, both Nelson and Long will head into Monday, April 13, hoping to be honored once more, but the legacy each has already left is remarkable enough.