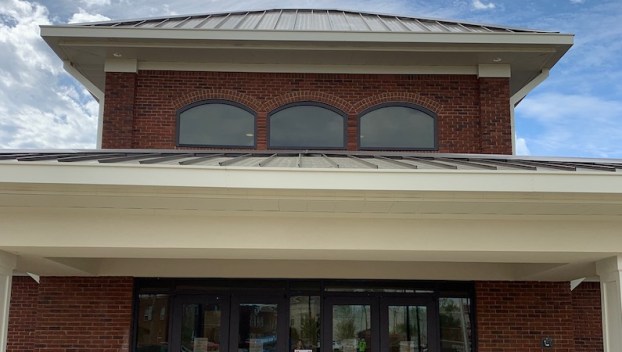 The entrance to the Black Box Theater and the Shelby County Art Council’s Art Gallery remain closed due to the state mandate, but there is work going on behind the scenes to prepare for joyful gatherings after the quarantine. (Contributed)

The Shelby County Arts Council is learning to adapt in the face of shutting its doors to help protect the community from COVID-19.

Since it opened, the Black Box Theater at Old Mill Square has had a high rate of selling out its scheduled shows.

In the wake of the pandemic, however, the crew at SCAC wants the public to know all shows scheduled through April 24 have only been postponed, not canceled.

The shindig that was scheduled for July – a free-to-the-public bluegrass festival featuring Grammy-winning musicians – has also been rescheduled for September.

In the meantime, they are using this time to perfect the use of some great tools built into the theater, like the ability to live stream and produce podcasts.

This means as soon as they can make it safe, they can broadcast from the Black Box Theater.

The plan is to locate sponsors for the shows that will provide for the artist they bring to the broadcasts, but also to be able to set up virtual tip jars that will raise funds for local charities making a difference in the community during the crisis.
They hope to be live streaming sometime in April. They won’t be bringing in bands or choirs, but solo artists or duos that will allow them to stay within the guidelines of the mandated rules for gatherings.

A YouTube channel is in the works to make it accessible to the masses as soon as possible.
Bruce Andrews, executive director of SCAC, said it’s not a matter of “if,” but of “when.”  “When can we do it and still be safe?” he said.

Andrews knows eventually it will be the small administrative staff meeting first, and hopefully, next, art education either online or one on one for art classes. And finally, shows from the Black Box Theater as they work out the safety details and master the new tech built into the venue.

Andrews said the Arts Council’s focus now is to identify needs in the community and fill them.

“When restrictions are lifted, people will want to gather more than at any time in our history, and we need to be ready for it,” he said. “Never again will we take a local concert, a church service or a community-based art lesson for granted!

“Imagination, hope and inspiration are the ministries of artists,” he added.

It’s clear he puts this into action with his staff at the Shelby County Arts Council, by learning how to creatively continue to provide arts and culture for the community when the world is in need of it most.

By SASHA JOHNS / Community Columnist Social distancing. It is a concept that is new to our fast-paced, highly programmed... read more