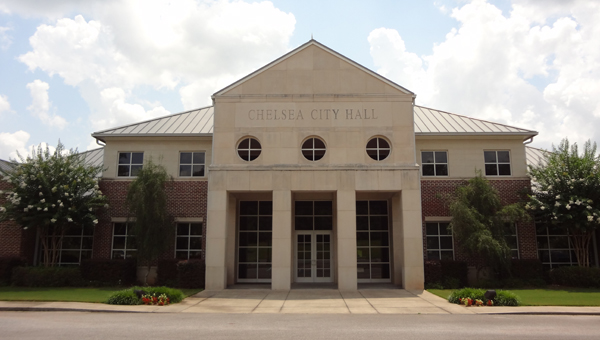 The Chelsea City Council approved a resolution declaring a state of emergency in the city. (FILE)

CHELSEA – The Chelsea City Council at its meeting on Tuesday, April 7, approved a resolution declaring a state of emergency in the city due to the COVID-19 pandemic.

The resolution gives Mayor Tony Picklesimer the authority to take “expedient, appropriate or necessary” action consistent with the council’s intent for the sake of the safety and welfare of residents.

“What this does is give City Hall and myself the authorization to make emergency purchases should we need equipment for our fire and rescue department—anything down to disinfectants or things like that we need at our Community Center or library or any of our city facilities that would be over and above the budget,” Picklesimer said.

The mayor said the state of emergency was not approved as a result of an “outbreak” of COVID-19 in the city.

“We have five reported cases in the city of Chelsea with zero fatalities, only one hospitalization,” Picklesimer said.

The declaration could also allow the city to make large purchases needed to address the pandemic without going through the normal bid process, though Picklesimer said such a measure is not anticipated.

The most significant reason behind the declaration is to assist local businesses, he said.

“The real important item is so…our businesses in the city of Chelsea that are applying for assistance through the SBA loans and through FEMA…if the city they do business in has not declared a state of emergency, it limits their actions they can do to get their reimbursement,” Picklesimer said. “So we want to help our businesses in every way we can, and we don’t want the fact the city hasn’t declared a state of emergency to stop our businesses from receiving the help that they need.”

In other business, the Council approved an ordinance for an annexation request submitted by Scott and Kim Thompson for a 0.11-acre parcel located at 2447 Forest Lakes Lane.

Picklesimer also noted the enhanced presence of Shelby County Sheriff’s Office deputies in the city, which is a result of schools being closed and School Resource Officers instead spending their time on patrol.

By NATHAN HOWELL | Special to the Reporter For about a month Alabaster resident Angela Reardon has been self-quarantining to... read more