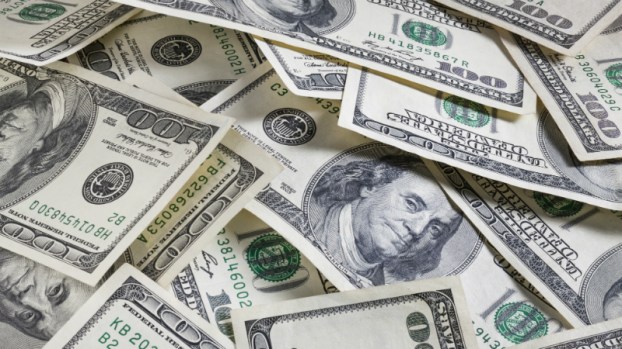 What do you need to know about economic impact payments?

Most Americans will receive economic impact payments in the coming weeks, but some may not know the best use for the money being provided by the federal government to spur an economy slowed by the COVID-19 pandemic.

A local financial planner, Valerie Leonard with Grinkmeyer Leonard Financial (GrinkmeyerLeonard.com), offered insight on when residents should expect the payments and what to do with them.

But first, how much how much will you receive?

Eligible citizens will receive a payment of up to $1,200 for individuals and $2,400 for married couples, plus $500 for each qualifying child.

Those eligible for the full amount have an adjusted gross income up to $75,000 for individuals and $150,000 for married couples.

People who earn more than those limits could receive smaller amounts as long as they do not have incomes over the limit: $99,000 for individuals and $198,000 for married couples.

Next, when should you expect to receive your payment?

It depends. Those who filed a tax return for 2018 or 2019 and provided direct deposit information should expect to receive theirs first.

“A large number of Americans, 50-60 million Americans, can expect a direct deposit in mid-April,” Leonard said.

If the IRS does not have direct deposit information on file, they will mail checks.

Mailings reportedly will begin the week of May 4. An estimated 5 million checks a week will be sent, and some citizens might not receive theirs until August.

“Some people will be waiting for a while,” Leonard said. “We don’t really know the exact timing; that’s the frustrating part.”

Officials have said the mailed checks would begin with the taxpayers with the lowest income.

Even those who are not required to file taxes, such as older Americans whose only income is Social Security benefits, are still eligible to receive payments.

Leonard said people should remember it is important to update information with the IRS if you have moved.

As for what to do with the money, Leonard said any immediate needs should be addressed first.

“If you need it to pay bills, pay your bills,” she said. “Then, if you don’t have a solid emergency fund, that’s the first place you need to go.”

Leonard said she normally recommends individuals have an emergency cash reserve that would cover six months of bills and essential needs—or a three-month reserve for dual-income households.

But in light of the pandemic and its uncertain toll on the economy, Leonard said she is now recommending increasing cash reserves by two to three months’ worth of income (so six to nine months for individuals and three to six months for dual-income households).

“We just don’t know how long this is going to last,” she said.

For those with no immediate needs to pay bills, and a solid cash reserve, Leonard said paying down debt is a good idea, starting with either the debt with the highest interest rate or the highest monthly payment to free up some monthly cash flow.

After that, investments in a traditional or Roth IRA is a good option.

“For Americans who are already financially stable, consider planning a trip while flights are cheap or planning something fun once the shutdown is over,” Leonard said. “As a consumer-driven nation, if you travel within the U.S. your travel can help stimulate the economy! You’d obviously want to look into cancellation policies and trip insurance to protect yourself in the event the shutdown lasts longer than we expect.”

Another option is to donate to a charitable organization. The CARES Act allows for a partial “above-the-line” deduction in 2020 for charitable contributions not to exceed $300 for taxpayers who do not itemize.

Normally, a taxpayer would have to itemize deductions to receive a tax write-off for charitable donations.

“Many churches and non-profits are struggling right now, and they need our help more than ever before,” Leonard said.

Whatever people decide to do with their economic impact payments, Leonard cautioned against a sense of complacency she has begun to see recently as people believe the economy and stock markets are recovering.

“I’m not so convinced,” she said, noting the unprecedented number of people filing for unemployment benefits. “The economic data has yet to come out and confirm how bad this really is.”