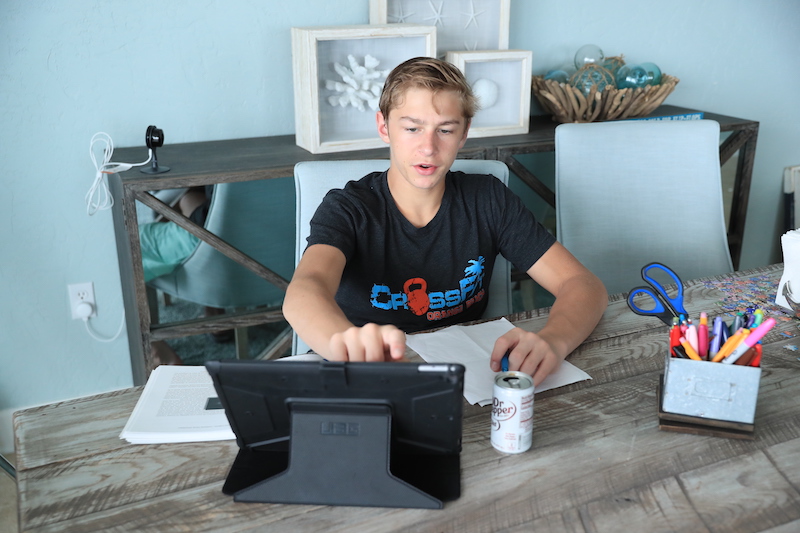 ALABASTER – After it was announced that public schools in Alabama would be closed for the remainder of the 2020 school year, educators got busy figuring out a plan to enable students to continue learning and reinforcing skills while at home.

Prior to April 6, education packets were mailed out for students in grades pre-K through third grade. Additional paper packets will be mailed out on April 10, April 24 and May 8. Each packet covers two weeks of instruction.

Grades pre-K through third grade will still participate in some eLearning, but Vickers said teachers felt strongly that written assignments would be the best route for younger students.

Students in grades 4-12 will receive their instruction primarily through Google Classroom because students in those grades are already familiar with it, Vickers said.

The district will communicate with parents through the ACS email.

The school year will now end on May 21 for students in pre-K through 11th grade. The last day of schools for seniors will be May 15. All ACS students are required to participate in at home learning although the focus won’t be placed on grading assignments.

“Our goal is to keep every student engaged on critical standards,” Vickers said. “We don’t want to overwhelm families. We know that some parents have multiple children in school while they’re also working from home. We’re giving them what they need to move on to the next phase of their education.”

An ACS survey that garnered more than 6,000 participants helped determine the families that did not have access to computer to complete assignments. Vickers said the school system identified about 500 students in need of a device. The district is allowing parents to check out Chromebooks for students to use at home.

“This has been a very tough transition and it has taken a true team effort to make sure that we have everything ready to go for our students and parents,” Vickers said. “I want out parents to know that we appreciate their patience.”

Vickers also wanted to send a message to the THS senior class of 2020.

“My heart really goes out to our senior class,” he said. “This is a truly remarkable and dominant senior class. They’ve succeeded and won championships in all areas, from theatre, bowling, Esports, wrestling and football. Our plan is to keep them engaged through the last day on May 15 so that we can celebrate them the way that they deserve.”

Vickers said senior events have been postponed, not canceled. He still hopes seniors can go to prom and participate in graduation.