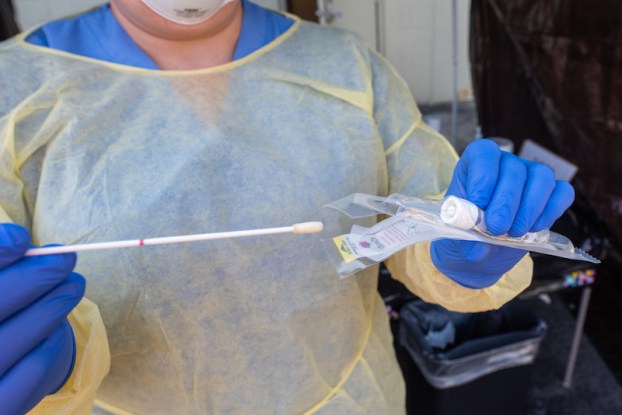 Now at 213 cases, Shelby County has the fourth most cases by county in the state. But having been the second highest county for the majority of the first month of the virus, the outbreak hasn’t been as drastic in the last week in the county.

Jefferson remains the highest at 597 confirmed cases, while Mobile and Lee counties have passed Shelby County with drastic turns in the last week. Mobile now has 454 confirmed cases of the novel coronavirus, while Lee is up to 236.

In addition to that, Chambers is at 200 confirmed cases, while Madison (187), Montgomery (120) and Tuscaloosa (119) counties all have more than 100 cases. Marshall County and Tallapoosa County each have 99.

In the last week, the confirmed-case count in Shelby County has risen by 68, but there have been no more confirmed deaths with the count still sitting at five according to the Alabama Department of Public Health.

Statewide, however, the number of confirmed cases has risen from 1,841 to 3,583 since last Sunday and from 31 t0 61 confirmed deaths. There are also another 32 reported deaths still waiting to be confirmed by the ADPH.

Since last Thursday, the number of confirmed cases in the state has gone up by 745 with 20,605 tests now administered. There have now also been 437 hospitalizations across the state since the virus began on March 13.

In addition to those numbers, 551 health care workers have had confirmed cases since the onset, while 189 patients have been in the intensive care unit and 119 on ventilators. There have also been 154 long-term care employees and 153 long-term care residents with a confirmed case. 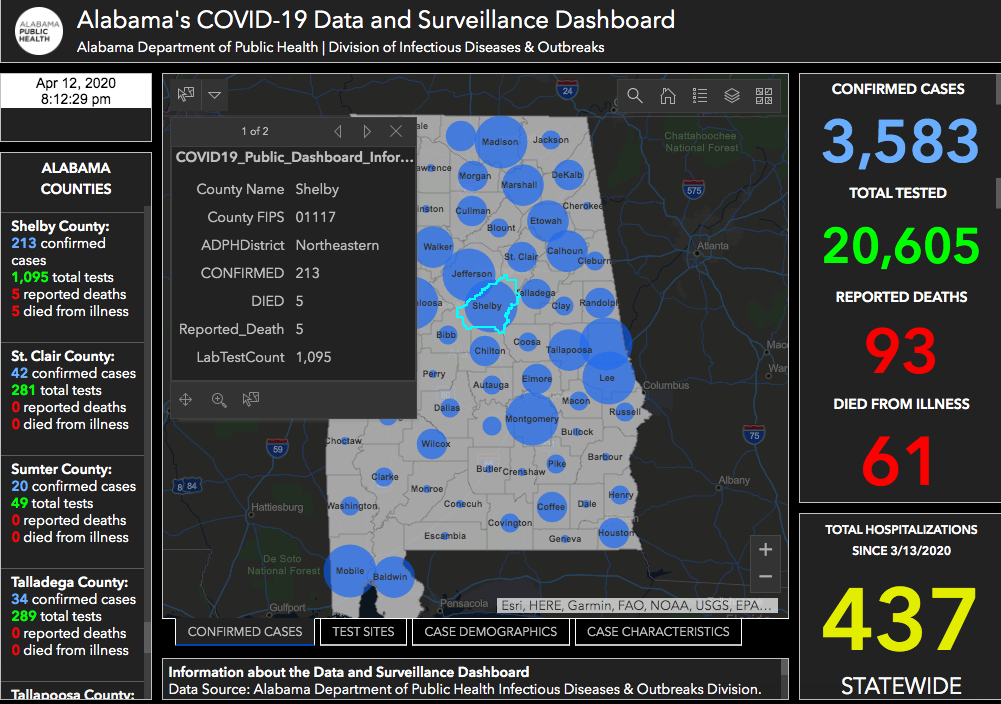