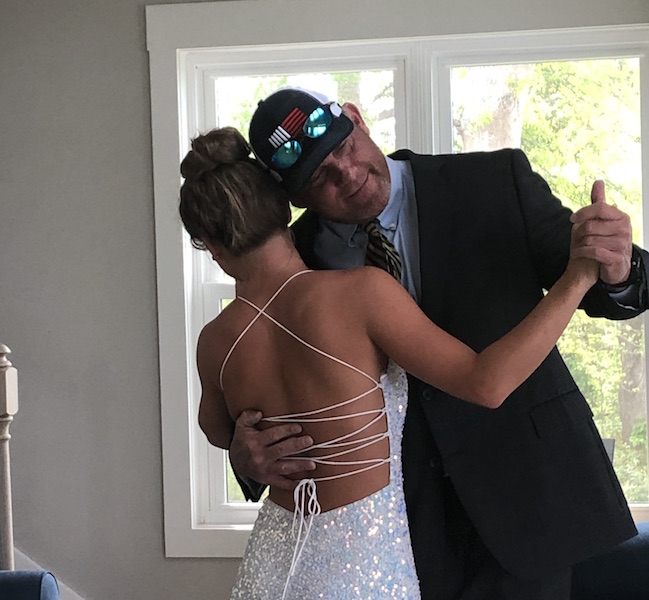 Robby Odgers surprises his daughter Marli, a senior at Shelby County High School, with a special dance in their living room after Marli received the news her school’s prom had been canceled. (Contributed)

COLUMBIANA – Shelby County High School senior Marli Odgers had her dress, her date and her dinner plans for prom.

She was ready for what should have been one of the most memorable events of her senior year. Then, the COVID-19 pandemic happened.

She and her classmates were told at first the prom would be rescheduled from April 4 to May 2, but the ongoing spread of the virus left too much uncertainty, even for the later date.

“We got an email that it was canceled,” Odgers, 18, said. “I was really upset. It was my last prom, and all of my friends were going to go together.”

Odgers’ father, Robby Odgers, had an idea – a gesture he hoped would lift Marli’s spirits amid the gloom of the whole situation.

On the morning of what would have been prom day, Marli woke up to find a handwritten note from her dad resting on top of her dress bag that read, “Today is prom. One dance with Dad? Will you go with me?”

He left the house and returned a few minutes later dressed in a suit. Marli knew then his note was sincere.

She went upstairs, put on her dress and came back to the living room, where she and her dad danced to “Bless the Broken Road” by Rascal Flatts.

“I’m not really an emotional person, but just the thought that he would take the time to think about that and do that special thing for me when he knew I was upset, it made me really emotional,” Marli said. “It was just a special moment that I’ll never forget.”

Marli’s mother, Jennifer, and sister, Natalie, videoed and took pictures of the dance and shared them on social media, despite Marli’s initial hesitation.

“I didn’t want people seeing me emotional,” she said. But the more she thought about it, the more she warmed to the idea of it encouraging people. Judging by the number of positive reactions and shares the post received, it did. “We just wanted someone to have a sense of hope in all of the chaos in the world right now.”

And that’s exactly what Marli’s dad gave to her—in a sweet, simple father-daughter dance in the living room.

“I just think about the bigger issue going on in the world right now, and people losing loved ones,” Marli said. “I know it’s a hard time for me and all the other seniors, but we could definitely have it worse. It puts things into perspective.” 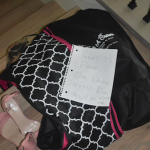 Marli Odgers woke up to find a handwritten note from her dad asking her to dance with him for prom. 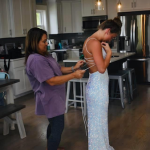 Marli’s mother, Jennifer Odgers, helps her with her prom dress before the special dance. 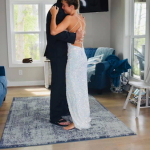 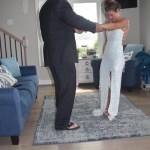 Robby surprised Marli with the father-daughter dance after they found out her senior prom was canceled.