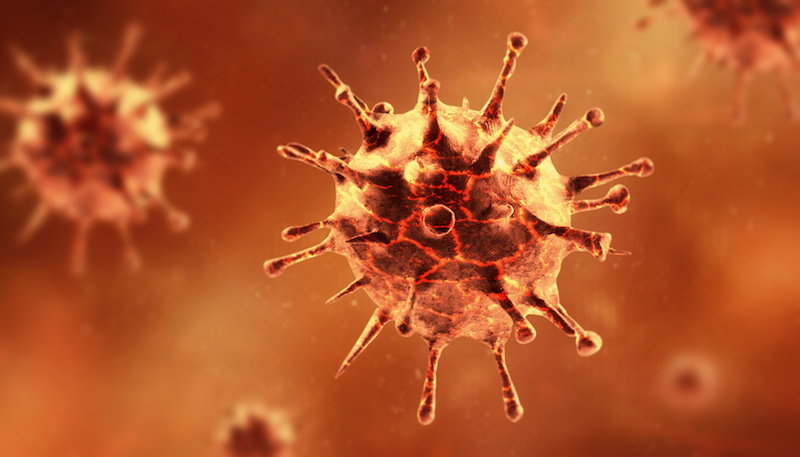 A month since the outbreak began on Friday, March 13, the number COVID-19 cases across the state increased by less than 300 with the total number of confirmed cases going from 3,583 to 3,803.

Now at 230 cases, Shelby County has the fourth most cases by county in the state after 17 more cases in the last 24 hours.

Jefferson remains the highest at 617 confirmed cases, while Mobile and Lee counties also remained ahead of Shelby County. Mobile now has 491 confirmed cases of the novel coronavirus and continues to have drastic increases, while Lee is now up to 250.

There still remains only five confirmed deaths with no more reported in Shelby County, which has remained the case for the last week.

Statewide there was only one additional confirmed case of the virus in the last 24 hours with the total now at 62, while there is another 41 the Alabama Department of Public Health are trying to confirm.

In addition to those numbers, 551 health care workers have had confirmed cases since the onset, while 189 patients have been in the intensive care unit and 119 on ventilators. There have also been 154 long-term care employees and 153 long-term care residents with a confirmed case. 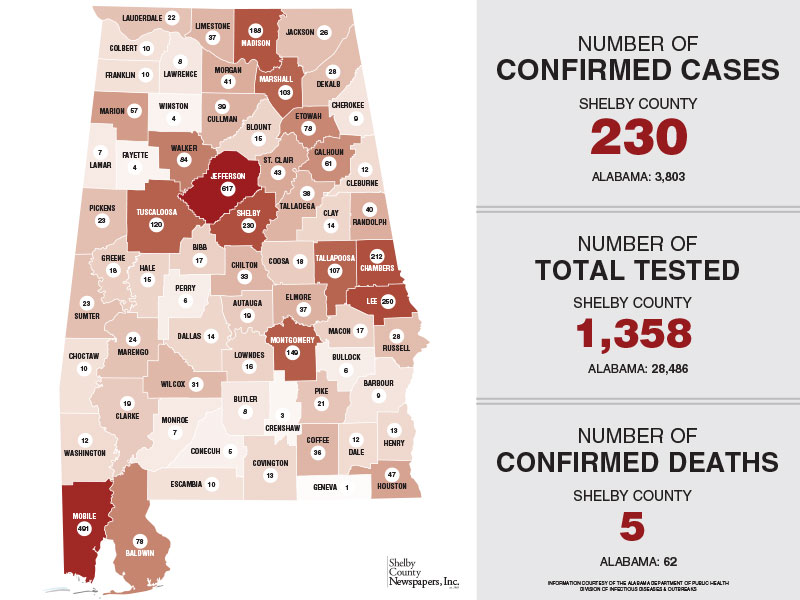