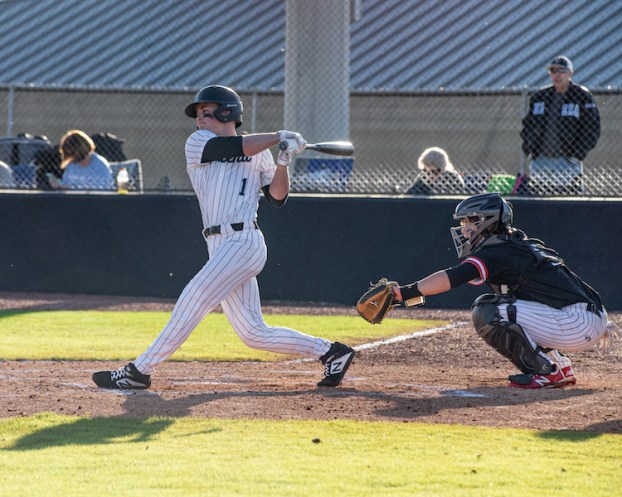 Helena’s Luke Stamba had his senior baseball season come to an end two months early, but he looks back at everything with a positive thought. (File)

‘Be happy’: Helena’s Stamba sad it’s over, but has fond memories

HELENA – A text message. That’s how senior dual-sport athlete Luke Stamba found out his final baseball season at Helena High School had come to an end two months early due to COVID-19.

It was a heartbreaking text to get from head coach P.J. Guy, who sent the message to the team at first announcing the suspension of the season on Friday, April 13, and then the cancellation of the season less than two weeks later.

“Obviously, it was heartbreaking when I first found out,” Stamba said. “I never really knew when the last time I would step on the field would be. It just happened without me knowing. That was the hardest part. But the way I’ve looked at it is everything happens for a reason. It’s all God’s plan. It’s been hard but I’m looking at it as a positive with the memories I created.” 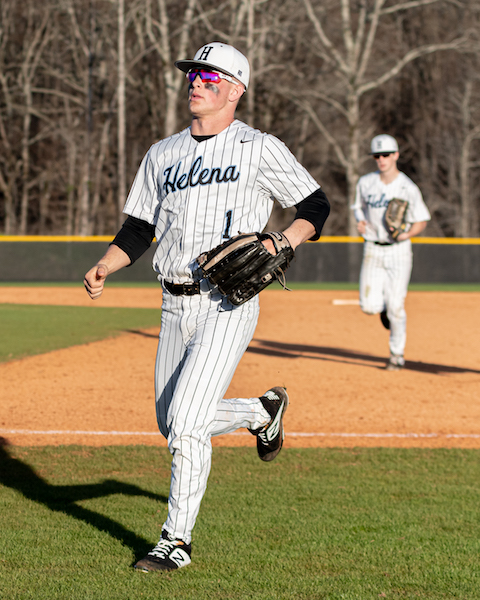 Coming off the best football season in school history, Stamba, who was the starting quarterback for the last three years, and the rest of his teammates were amped up and ready for the storied baseball program to put together another run at a state championship.

“We knew we were going to be pretty good,” he said. “Switching from football to baseball isn’t always the easiest because football takes up a lot of that time that I could be preparing for baseball. We were just starting to get some momentum and got the news that the season was delayed and then canceled.”

The Huskies were off to a slow 5-7 start to the season, but playing one of the most difficult schedules in the state, they lost five of those seven games by just two runs to extremely good teams.

Helena was also missing several of its top five pitchers in the early going. Two of them had injuries they were recovering from and two others were on the basketball team and still getting ready for the season following the end of the Huskies’ basketball season.

“Not having those guys in the beginning of the season was tough,” Stamba said. “We finally started getting our pitching back when this virus started happening. Having them back was going to be key. We would have gained a lot of momentum and depth. We were nearing area play and were going to be tough the rest of the season.”

Stamba mentioned the year with Richard Fitts and Landon Green two years ago that advanced to the state championship series. He said those two, who are now at Auburn and Alabama, respectively, were a shining example of what can happen with great pitching.

Sadly, the season was stopped just four days from the start of area play, and more disappointing, the Huskies were set to open area play against rival Pelham at home on Tuesday, March 17.

That kept the seniors from taking part in the intense rivalry one last time.

“It stinks not getting to play those guys one last time as well as the rest of the teams around us,” Stamba said. “Maybe we’ll figure something out when this virus goes away for us to get together and play one last game or something.”

But with a chuckle, Stamba did remind us that the Huskies did play them in football this year. The final score in that game ended up being 62-20 in favor of Helena, as the Huskies picked up their first win against the Panthers in school history.

That was part of a historic season for the football team. Helena went on to have its best season in school history with a 9-1 regular season and a 9-2 overall record. 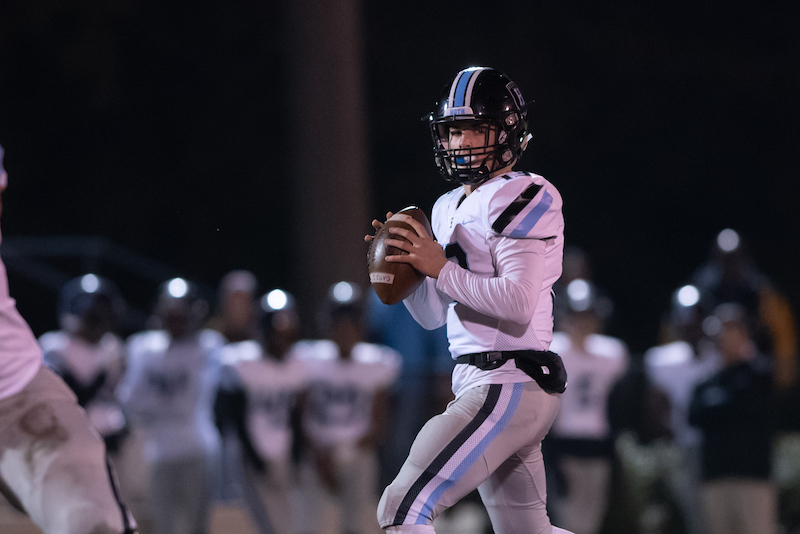 A big reason for that success was obviously the team effort under second-year head coach Richie Busby, but also the leadership offensively under Stamba as a three-year starter at quarterback.

“My sophomore year we were 1-9 and my junior year 4-6,” he said. “My junior year was coach Busby’s first year, so we knew we were getting better. Coming into this year, we knew we had potential. The coaches worked hard, our maxes in the weight room were going way up and we were killing it in 7-on-7.”

Sure enough, the Huskies came out and handled McAdory 38-14 in their opener and then lost a tight 32-24 game to Hueytown in their second game. But that marked their toughest game of the season, and the Huskies gained confidence despite the loss.

They didn’t lose the rest of the season until the first round of the playoffs with a 17-0 loss to a ranked Clay-Chalkville team.

Stamba credited the success to Busby and the culture change happening, including the shift to morning practices, which he said helped the players’ days become much less stressful, while also feeling more prepared for both school and football.

While it wasn’t the end to the season Stamba or the team wanted, he said the confidence will go up drastically for the football team moving forward.

But what kept him so positive was being able to turn his attention to baseball immediately for his senior season.

“That’s the thing I love about playing the two sports,” Stamba said. “Even though the football season didn’t end the way I wanted it to, I still had baseball to back that up. I knew my high school career wasn’t over. Knowing I had baseball, it was really good to know that it wasn’t all over yet.”

But two days short of a month into the season, it was all over.

“Coach Guy sent us a text,” Stamba said. “He couldn’t meet with us. He was going to call a meeting, but had to cancel it. We didn’t get to see him in person, which was really hard for him and us. He has so much passion and loves us and the game. Not seeing him was tough.”

It took a couple of weeks for the impact to really hit Stamba, but that’s when it really started to hurt.

He missed playing the game he loved and stepping on the diamond with his teammates that he had built relationships with.

“I wouldn’t trade any of it,” he said. “The relationships we made, those aren’t interchangeable. I miss it.”

The same can be said for the relationship with his head coach.

Stamba said he even missed something Guy used to put them through called the “Montgomery Challenge.”

Something that has been done since Guy arrived at the school, the “Montgomery Challenge” is a preseason program meant to test conditioning and put the players through a strain of hard work to get to their ultimate goal—a trip to Montgomery for the state championship series.

The challenge has four captains pick teams from both varsity and junior varsity players and then pits those teams against each other in a conditioning battle to prepare for the season.

Simply described as “the worst conditioning you will do in your life” by Stamba, it was a grueling experience, but one that helped the team grow.

“It was so hard the stuff we had to do, but you get really close to your teammates,” he said. “It’s such a bonding experience for the entire team because we push each other.”

Building those relationships along the way in both baseball and football is what Stamba said he will miss the most now that his career is over.

“All the stuff we go through, everybody basically is your brother,” he said. “I’m very thankful for that. My teammates and coaches shaped me into who I am. I wouldn’t trade the school, my coaches or my teammates for anything.”

One of the closest relationships he was able to form was with Guy, who like Stamba, played both baseball and football in high school and played the same positions.

“He made us run.. a lot. He put us through a lot. But we trust him. That’s why Helena is the way it is and it’s what makes him a great coach,” Stamba said.

He added that Guy is still doing bible study with the team through Zoom, which is just one of the reasons Stamba hopes he can be the man Guy is when he grows up.

“When I get older, I want to be the man he is. A family guy that does everything the right way and is a big Christian,” Stamba said.

And while their relationship, along with the relationship of his teammates, is coming to an end sooner than expected, it’s memories and lessons like that he’s learned along the way that Stamba will be most thankful for as he heads to Snead State to continue playing the game he loves.

“Don’t be sad because it’s over, be happy because it happened,” he said.

By DAWN HARRISON | Special to the Reporter There is a new brand of athlete emerging, breathing life into a... read more