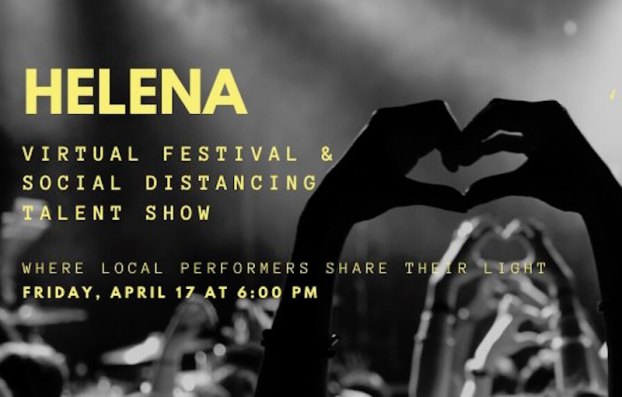 Helena started a virtual festival talent show through Facebook on April 17 to help bring some fun to the city. (File)

HELENA –  Helena residents will have an opportunity to showcase their talents  and potentially win $50 from the safety of their homes this week through the Helena Virtual Festival & Social Distancing Talent Show, which will be made available through Facebook starting on April 17.

Helena City Council President Hewy Woodman created the virtual festival to help those who are experiencing cabin fever while social distancing. His goal is to show residents that they can still have some fun while continuing to remain at home to help reduce the spread of COVID-19.

“My daughter and I originally thought about giving everybody an opportunity to perform music,” Woodman said. “We actually expanded the idea to be more of a talent show so more than music acts could participate.”

According to Woodman, those interested should message him on Facebook with a video “performing a song or a talent that is no more than six minutes long.”

To help better achieve the goal of the festival, when creating your content for the festival Woodman asks that the video begin “with a positive message encouraging people who are staying at home in Helena.”

“This will allow people who are stuck in their houses to explore their creative sides,” he said. “I think it also gives them a way to connect with other people in the community, because everyone will be interacting with each other through likes and comments once the videos are posted.”

Submissions will be collected through April 16, with a goal of being published on April 17. Woodman and the admins of the unpublished Facebook page for the festival will allow entrants to prepare their posts with a couple of sentences to describe their videos and to include charities if desired.

After the page is made public, the public will be able to view all accepted submissions and like, comment and share their favorites. The entrant who receives the most likes on their video after one week of the posting will be awarded the $50 prize.

The entries will be available for viewing on Friday, April 17 at Facebook.com/groups/HelenaVirtualFest

All Gold’s Gym locations in Alabama, including Pelham, closed permanently

By NATHAN HOWELL | Special to the Reporter PELHAM – Following a temporary shutdown due to the COVID-19 outbreak more... read more