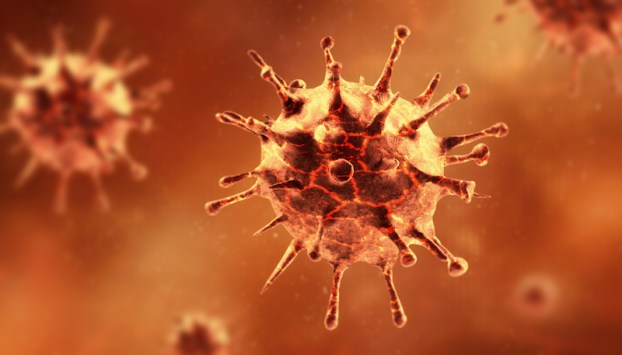 In the last 24 hours, the number of confirmed COVID-19 cases in Shelby County increased by four cases to 273, marking another day of 10 cases or less for the county, while the state surpassed 5,000.

For the county, it continues a trend from last week where there were just 12 total cases between Monday night and Friday morning. While there has been an increase of 27 since last Friday, that’s an average of nine cases per day, while the average per day since last Monday stands at 5.6.

In that timespan, there have been 813 tests administered, meaning that 4.7 percent of those tested from Shelby County have returned positive results.

Last week, the number of confirmed cases across Shelby County went from 213 on Sunday to 245 on Friday. But, from Monday through Friday, there were only 12 total new cases.

The Alabama Department of Public Health has also confirmed six deaths in the county with none others reported after a seventh was previously reported for the last few days.

Statewide, there are now 5,078 confirmed cases of the virus, while 113 deaths have been confirmed by the ADPH, while another 51 have been reported and are awaiting confirmation.

Since the virus started on March 13, there have now been 641 hospitalizations statewide and 45,712 tests looked at by the department of public health.

Jefferson remains the highest at 688 confirmed cases, while Mobile and Lee counties also remained ahead of Shelby County. Mobile now has 680 confirmed cases of the novel coronavirus and continues to have drastic increases, while Lee is now up to 311.

In addition to that, Chambers, Montgomery and Madison counties both have more than 200. Chambers is at 257 confirmed cases, while Montgomery is at 231 and Madison at 202.

In addition to those numbers, 797 health care workers have had confirmed cases since the onset, while 260 patients have been in the intensive care unit and 157 on ventilators. 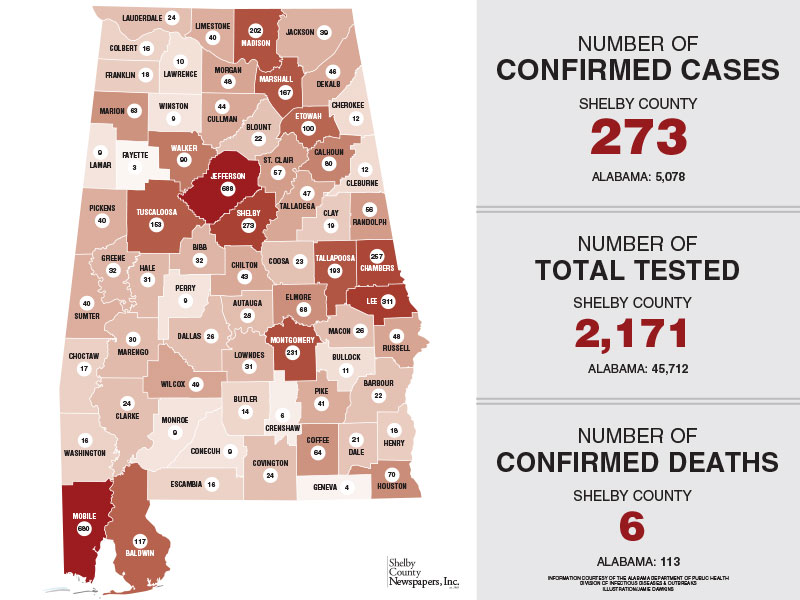