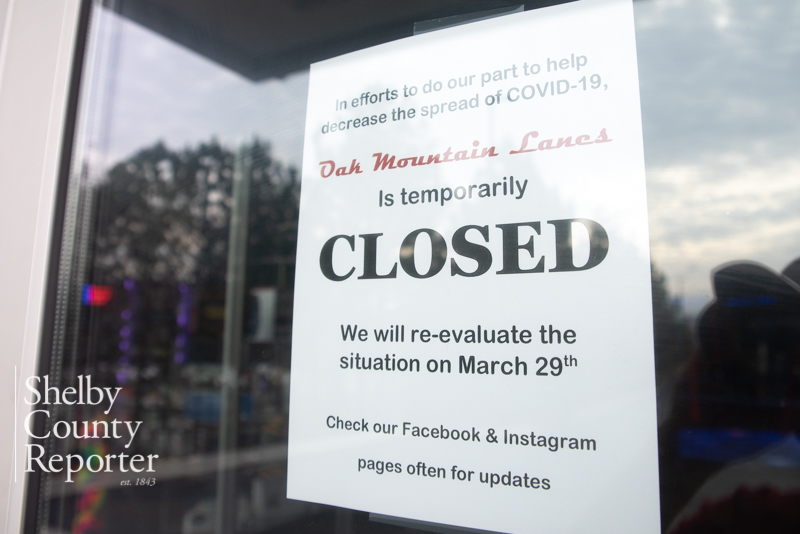 Alabama Gov. Kay Ivey said the state needs to see more testing of its population before the economy can reopen. (Reporter photo/Keith McCoy)

MONTGOMERY – After Lt. Gov. Will Ainsworth urged for Alabama to reopen last week with some businesses opening immediately and others at other points with proper safety measures, Gov. Kay Ivey held a press conference to give an update on the state’s battle against COVID-19.

Ivey, joined by State Health Officer Dr. Scott Harris, Kelly Butler, Labor Secretary Fitzgerald Washington and Superintendent Mike Hill, said that getting the economy back up and running isn’t “as simple as flipping a switch.”

“This requires a strategic approach as well as a team effort to strike the proper balance between keeping our people safe and healthy and also addressing our state’s overall economic health,” she said.

She said the executive committee of the coronavirus task force in the state is meeting and she hopes for the state to have a specific timetable for what, when and how businesses can open when that time comes.

“Nobody wants to open up businesses more than I do,” she said when asked about Georgia and Tennessee recently opening their businesses. “We had a 2.7 percent unemployment rate back in February and I’m ready to get back to that.”

Harris said the state is doing better as far as the number of cases and hospitalizations related to COVID-19, while this was expected to be the peak of the illness in the state.

As of the press conference around 11:30 a.m. on Tuesday, April 21, 5,156 had confirmed cases of the virus across Alabama according to the Alabama Department of Public Health, while there are 144 confirmed deaths and another 32 reported deaths. There have also been 699 statewide hospitalizations since March 13.

In Shelby County, there are 274 confirmed cases with 2,268 tests administered and six confirmed deaths.

“We have reached the period where we thought we might see a hospital surge and that surge has been contained within our hospitals and we’re very happy about that,” he said. “Since people have stayed home, we’ve seen numbers improve in a way we are very pleased with and that makes us feel a lot more confident going forward as we make decisions about what to do next.”

Harris said the main things the white house wants before state’s start to think about opening the economy is for hospitals to be operating in normal capacity, and Harris said he feels like they are managing to do that right now.

Ivey did say testing is still a challenge and until there is enough testing, the economy in the state can’t fully be opened.

“We’re not testing enough yet,” she said. “We’re a little bit less than 1 percent of our population, and we need to do a whole lot more testing to get up to speed.”

Harris said he wants to feel comfortable that people who need to be tested can get tested, but that right now, there are spots not able to do that.

“I’m as eager as anybody to get our economy back open, but again, we have to be careful and cautions in what we are doing and do it in a smart, productive way,” Ivey said. “I plead with the people of Alabama, keep doing what you are doing. Social distancing, personal hygiene and staying at home.”

The stay-at-home order continues to be in place until April 30 for the time being.

Ivey said the rate of COVID-19 needs to continue to decrease and it needs to do so for a period of 10-14 days.

“We have Alabamians and Alabama businesses hurting right now,” she said. “We certainly know who you are and want to help you get back on your feet as soon as possible. We have to do our part and not get impatient.”