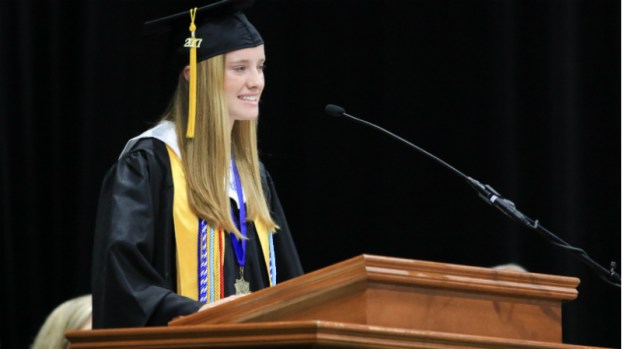 Baldwin is a chemistry (biochemistry emphasis) major in the College of Liberal Arts.

After graduation, Baldwin plans to attend medical school following her graduation from the University of Mississippi.

Baldwin is the daughter of Steve and Mary Sue Baldwin from Hoover and a 2017 graduate of Spain Park High School.

The Taylor Medals were established at UM in 1904 by Dr. William A. Taylor of Booneville in memory of his son, an honored 1871 alumnus of the university. The award recognizes no more than 1 percent of the student body each year.

The University of Mississippi, affectionately known as Ole Miss, is the state’s flagship university. Included in the elite group of R1: Doctoral Universities – Highest Research Activity by the Carnegie Classification, it has a long history of producing leaders in public service, academics and business.

With more than 23,000 students, Ole Miss is the state’s largest university and is ranked among the nation’s fastest-growing institutions. Its 16 academic divisions include a major medical school, nationally recognized schools of accountancy, law and pharmacy, and an Honors College acclaimed for a blend of academic rigor, experiential learning and opportunities for community action.

Five public high schools in Shelby County were listed among the top 50 in Alabama in the latest rankings from... read more