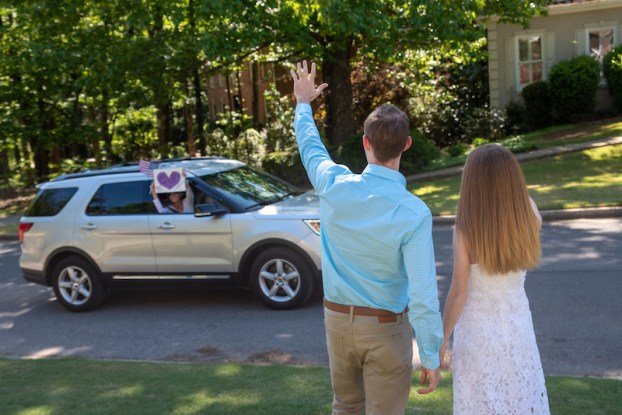 Save the new date: Couples adapt wedding plans during COVID-19

They could not believe months of meticulous planning had come to this.

Then again, neither could the many other couples like them, they were sure. Couples who grappled with the same difficult realization when the novel coronavirus pandemic took hold in the United States: Their wedding plans would have to change.

Shelby County native Carlie Billingsley and Chelsea resident Laura Machen are members of this group, not by choice as much as necessity amid the COVID-19 pandemic. In the parade of large and small decisions preceding a wedding, neither woman ever imagined she would need to decide whether to postpone her wedding. But as the virus picked up steam here in early March, that’s exactly what they had to consider.

After shifting their focus to new arrangements, they opened up about their experiences with wedding planning in the days of COVID-19—and, more importantly, the love stories that gave greater purpose to the moments of disappointment they faced. 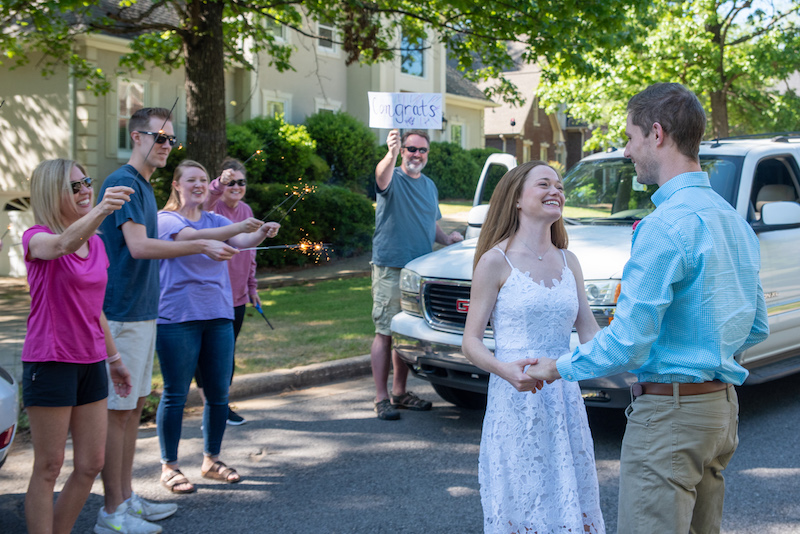 Carlie and Hunter Billingsley were married in a small ceremony in Carlie’s grandparents’ front yard on April 11. They plan to hold a full wedding celebration with all of their guests in October. (Reporter Photo/Keith McCoy)

Carlie first saw her now-husband, Hunter Billingsley, from across the room in one of their nursing school classes at Southern Union State Community College, but that was as far as it went until, in their final semester of nursing school, several of their friends orchestrated an outing so they could officially meet each other.

They started dating shortly before graduation, after which Carlie moved back to the Birmingham area.

Hunter moved here in January 2016, but despite geography being on their side again, the couple broke up and stayed apart for more than a year.

“It probably was good for both of us to do our own thing,” Carlie said. “After that I randomly reached out to him and asked him to go to lunch.”

That lunch led to another lunch, and then another, until they were asking themselves why they weren’t together.

They fixed that in August 2017 and became a couple again.

But as February faded into March, Carlie started hearing more about the virus.

As a nurse in Grandview Medical Center’s neonatal intensive care unit, Carlie and her coworkers were receiving COVID-19 updates daily.

When she learned that travel restrictions were being put in place, her mind went straight to her honeymoon plans in Hawaii.

“My first thought was our honeymoon might get canceled,” she said, “But it had never crossed my mind that the wedding might have to be postponed.”

When Carlie heard about another couple’s wedding being postponed, panic overcame her. “It was like a whirlwind,” she recalled. “All of a sudden, Hunter and I were having to make that decision. It just all happened so suddenly.”

They opted to reschedule the full ceremony and reception with guests for Oct. 3, but to still have a small ceremony with only immediate family members in Carlie’s grandparents’ front yard on April 11.

She decided to wear a different dress for the April 11 ceremony and save her real wedding dress for Oct. 3, when she can have her grand moment, complete with a first look before the ceremony.

“Hopefully, it will feel like the wedding day I still always wanted, but we’ll already be married,” Carlie said. “At the end of this, it’s all going to come out better. God has a bigger plan. We’re just trying to make the best of it.” 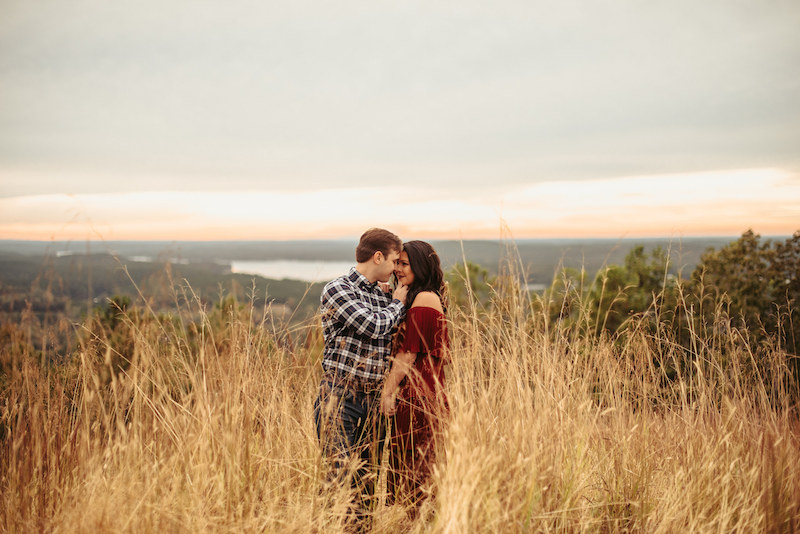 Laura Machen and Zach Pearson have rescheduled their wedding for August. (Contributed)

Laura Machen and Zach Pearson knew they wanted to have a fairly long engagement to give Laura time to finish graduate school and start her career in accounting.

They just didn’t know the novel coronavirus would add several more months to it.

“We were really ready to get married in June,” she said. June 13, 2020, to be exact, followed by a dream honeymoon to Barbados.

But as travel restrictions and shelter-in-place orders were set, Laura and Zach realized they would have to change their plans, big and small.

“How are we supposed to have showers and do a bridal registry when nothing is open?” Laura said. “Everything that goes into a wedding was essentially just going to be taken away, that was just really upsetting. I just didn’t feel like it was fair.”

They decided on Aug. 1 as the new date, and started reaching out to their wedding party and vendors, starting with the venue, Belle Farm in Sterrett.

“The most incredible part was every single vendor we had booked were still available for Aug. 1, which blew my mind,” Laura said. “After many tears of having to postpone something I’ve been planning for so long now, that kind of gave me peace.”

Their insurance policy for the honeymoon allowed them to move the dates of their trip, and they will hold the showers they had originally planned, plus maybe one more.

Laura said as devastated as she was about reworking everything, she knows many families are also grappling with setbacks, such as unemployment.

“I couldn’t imagine worrying about how I was going to support my family,” she said.

After moving past the initial shock and firming up a new set of plans, Laura said she is ready for August to arrive.

“Tears were shed, big ideas were changed, but now everything’s coming together,” she said. “In all the craziness that’s going on right now, at least I know that God’s plan is always greater than our own. I’m hoping that this is for the better for our future.” 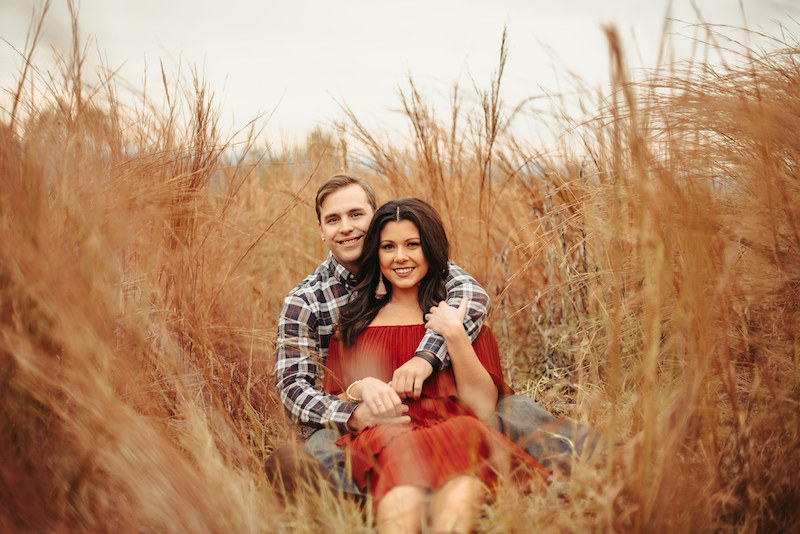 The couple’s original vendors agreed to their new wedding date, which Laura said gave her peace amid the changes. (Contributed)