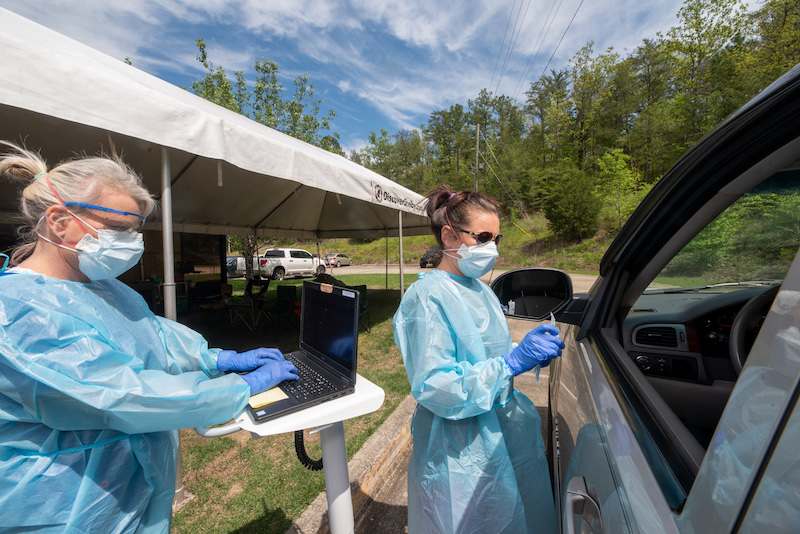 After a one-case increase yesterday, the county saw four more confirmed cases in the last 24 hours as of Wednesday night, April 22, bringing the Shelby County total to 278 according to the Alabama Department of Public Health.

So far 1.04 percent of the population in Shelby County has been tested according to the Alabama Department of Public Health’s number of tests, while 12.25 percent of those tested have had a confirmed case.

So far, 178 people have died from the virus statewide, while another 23 have been reported.

In addition to that, Chambers, Montgomery, Tallapoosa, Marshall and Madison counties all have more than 200. Chambers is at 270 confirmed cases, while Montgomery is at 253, Tallapoosa is at 242, Marshall is at 241 and Madison is at 205.

So far, 906 health care workers have had confirmed cases since the onset, while 288 patients have been in the intensive care unit and 170 on ventilators. 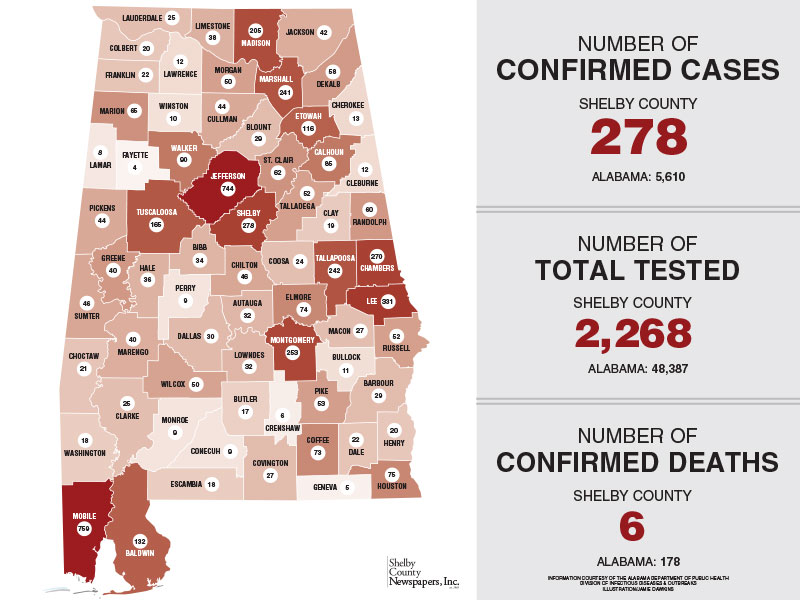