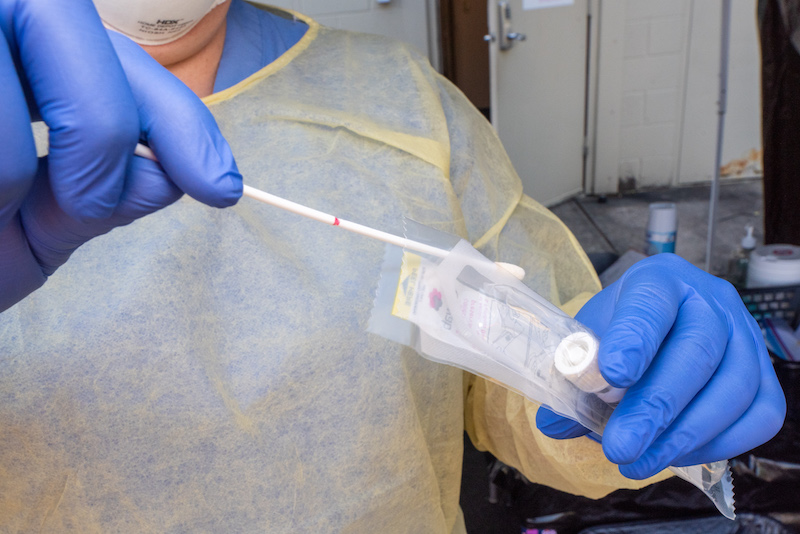 The night before Alabama Gov. Kay Ivey is expected to make an announcement in relation to the stay-at-home order in place until this Thursday, April 30, as well as release information on how reopening Alabama will look, the state surpassed 6,500 confirmed cases of COVID-19, while the county’s count is now at 318.

That was an increase of just seven cases for Shelby County in the last 24 hours, while the state’s numbers rose from 6,418 to 6,539.

There have now been 3,301 tests administered in Shelby County alone, while the state has seen 74,162 tests.

There have also been nine deaths in the county according to the Alabama Department of Public Health, while the state’s death count sits at 228, which is nine more in the last 24 hours.

There have now been 888 hospitalizations across the state since the first case on March 13, which is an increase of 43 in the last three days.

So far, 908 health care workers have had confirmed cases since the onset, while 335 patients have been in the intensive care unit and 195 on ventilators. 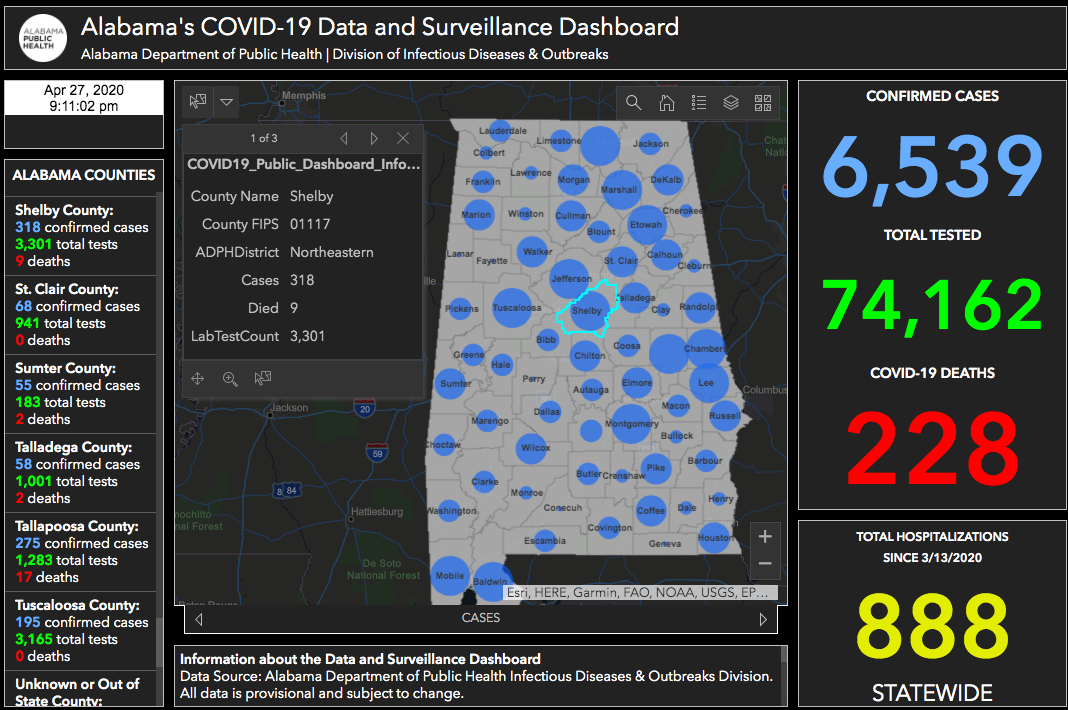