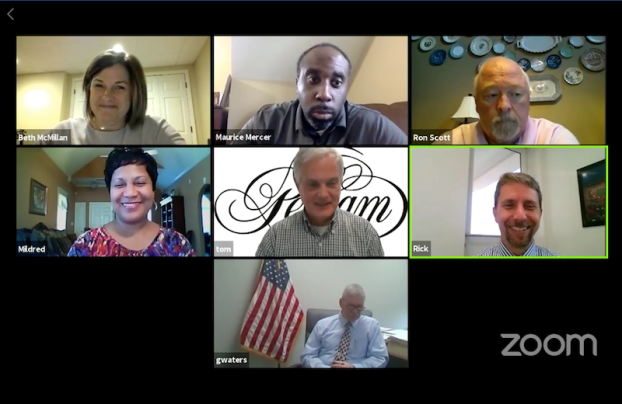 The Pelham City Council voted during a May 4 virtual meeting to accept a $587,302 bid from Dunn Construction Inc. for an improvement project on Huntley Parkway. (Contributed)

PELHAM – The Pelham City Council awarded a bid for an improvement project on Huntley Parkway from Shelby County 11 to Shelby County 52 this summer.

In a May 4 virtual meeting conducted via Zoom, the council voted unanimously to accept a bid in the amount of $587,302 from Dunn Construction Inc. for milling, overlay, striping and drainage improvements to Huntley Parkway.

City Engineer Chris Nicholson said the project is slated to begin in June and finish in August.

Nicholson said only one lane will be closed at any time during the 60-day project, but traffic delays might occur.

Councilman Ron Scott asked if construction could be done outside of rush hour timeframes, and Nicholson said the city could coordinate with Dunn Construction to do so.

The awarded bid was the lowest of four bids received for the project, which should total less than what the city had originally budgeted for it, Nicholson said.

EEFS Company Inc., the project designer, is under contract to provide construction, engineering and inspection for the project, according to the resolution.

In addition, the city will review the construction inspection and monthly pay estimates submitted by EEFS Company.

In other business, the council took the following actions: