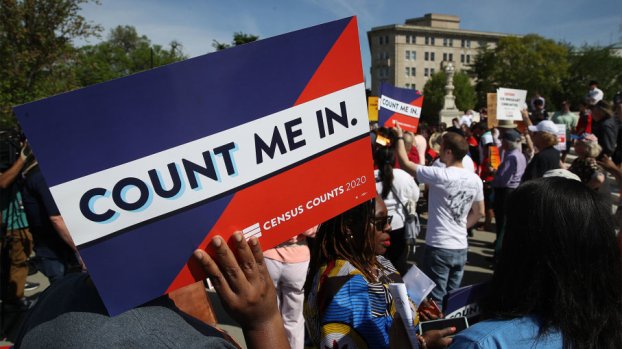 Once again, Shelby County is showing why it is one of the best in the state of Alabama.

The tight-knit county that often feels like one big community has come through once again when it comes to the 2020 Census response rate.

While the state is set to lose a seat in the U.S. House of Representatives if there is a low response rate, which is currently at 54.8 percent, Shelby County is doing everything it can to make sure as many people fill out this year’s census as possible.

Back in 2010, the county had an 80 percent response rate for the census, which was one of the highest in the state then as well, but Shelby County Community Services Manager Reggie Holloway said the county is hoping to reach 90 percent this year.

And right now, Shelby County is well on its way, already nearing the 80 percent mark with a 68.8 percent response rate, which is not only well above the state average, but is currently the highest response rate of any county in the state with Madison County’s 67.3 percent rate the next highest.

The county is also one of just six to have a response rate greater than 60 percent with 67 counties in the state.

Several cities as a whole in Shelby County are also doing their part. Right now, five cities currently have a response rate greater than 70 percent. Indian Springs leads the way with an 81 percent response rate, while Helena is at 75.9 percent, Chelsea is at 74.7 percent, Pelham is at 73.3 percent and Alabaster is at 72 percent.

In all, eight of the county’s cities have a response rate greater than 60 percent with time still left to fill out the census.

Amid the outbreak of COVID-19, the response rate for the county has been unbelievable and a great start on the goal of getting to 90 percent.

Keep up the good work Shelby County, and make sure you get counted.

A thank you to all teachers

FROM STAFF REPORTS / Editorial  As classrooms sat empty on Tuesday, May 5, there were no apples, cards or gifts... read more