The latest update from the Alabama Department of Public Health shows 10,164 confirmed cases of the novel coronavirus and 403 deaths statewide.

Locally, in Shelby County, the numbers continued recent trend with a slight increase. From the morning count of 367, the county had three more confirmed cases of the virus as of 8 p.m. on Monday night with 5,551 tests administered.

The county’s death total remains at 17.

Of those who have died from the virus statewide, 80.1 percent have been 65 or older, meaning approximately 322 of the 403 deaths have been by those older than 65. Those numbers come despite 63.96 percent of the positive cases being in those between the ages of 25 and 64.

A total of 17.1 percent of the deaths have been in individuals between 25 and 49, while 54.8 percent have been male despite 57.37 percent of positive cases being from females.

In addition to that, Tuscaloosa, Madison, Franklin and Baldwin have more than 200 confirmed cases. Tuscaloosa is currently at 284 cases of the virus, while Madison has 250, Franklin has 247 and Baldwin has 224.

So far, 1,422 healthcare workers have contracted the virus, while 1,040 long-term care residents and 653 long-term care employees have tested positive.

In addition to that, 463 patients have been in the ICU, while 277 have been put on ventilators since the virus started in the state on March 13. There have also been 1,268 hospitalizations since the onset. 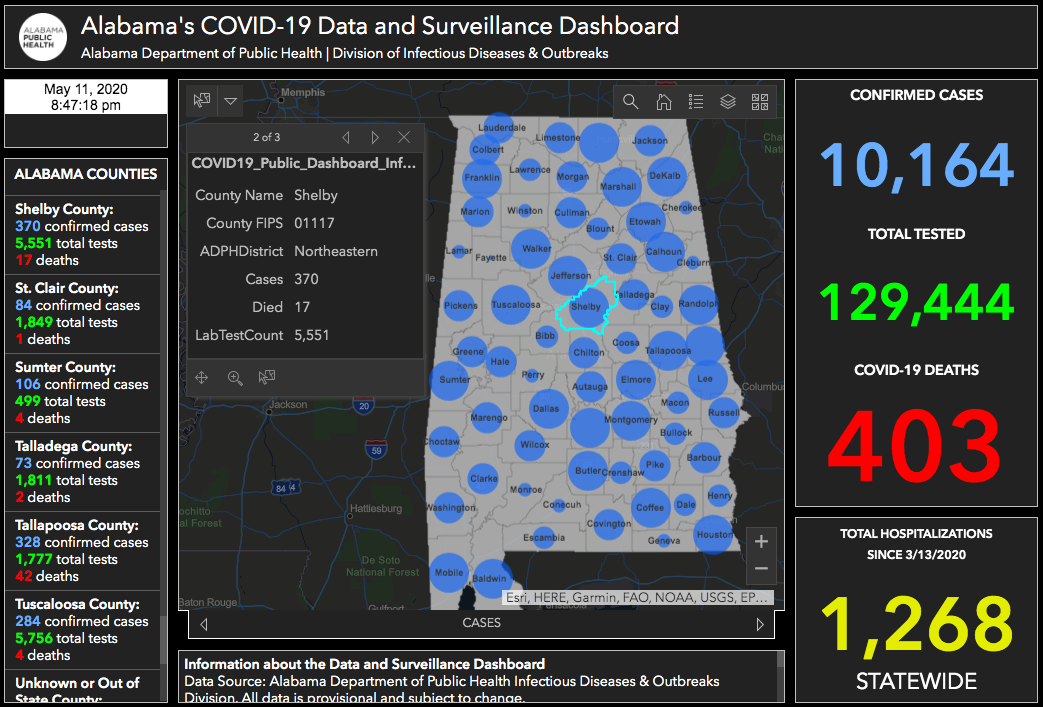 UPDATE: County has 14 new COVID-19 cases over the weekend

By ALEC ETHEREDGE | Managing Editor With this Wednesday, May 13, marking two months since the outbreak of the novel... read more