Winters reflects on his life’s adventures

“I’ve had some amazing adventures up to this point in my life,” said 56-year-old Derek Winters Sr.

These adventures include swimming alongside sea turtles, skydiving, building radios in the Boy Scouts Explorer program, flying a Cessna airplane, playing a part in the movie “Benny’s Place” and winning a new car as a contestant on the Price is Right.

After graduating high school in 1982, Winters enlisted in the Marine Corps and became a Motor Vehicle Operator. 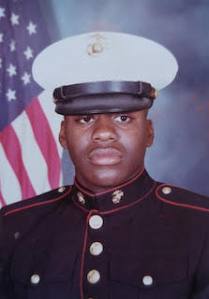 He was sent to San Diego, California, where he would spend the next 37 years.

“I loved everything about the Marine Corps, especially driving; I enjoyed spending time with my fellow Marines,” Winters said.

A sports enthusiast, he was able to indulge in his favorite pastime, football, playing running back on the Marine Corps football team.

Winters received a medical discharge in 1986 after sustaining a back injury to his lower spine during a football game.

After leaving the Marine Corps, Winters worked in the field of electrical and mechanical design drafting.

He also married and started a family.  He and his wife, Darcel, are proud parents of fraternal twins and one grandchild.

Derek worked as a certified nursing assistant and home health aide to put himself through drafting school.

Five years into nursing he enrolled at Mira Costa College, he graduated in 2010.

In 2019, Derek returned to his home state of Alabama to be with his 80-year-old mother, Mary Ellen.

Derek loves “hanging out” with his mother, who lovingly refers to him as her “prodigal son.”

A strong believer in giving back to others and helping the community, Winters’ volunteer work began at the City of Ocean Side Recreation Department, where for 20 years he supported youth through coaching football and basketball.

Recalling his own challenges with balancing athletics and academics, Derek admits he was “very athletic, but not very academic.”

He demonstrated additional support and pride in his youth through generous monetary gifts to basketball team members and honor roll students who excelled.

“It made me feel good to see the youth excel, especially academically,” he said.

This tradition of inspiring the youth has continued at the church he now attends, the Thomas location of Mt. Hebron Missionary Baptist Church.

Derek became a member of the American Legion Matthew Blount Post 555 in Pelham in October 2019.

Commander Kenneth Paschal persuaded Derek to serve as the Sergeant at Arms.

“I like the fact that we do so much to give back to the community,” Derek said.

He is a financial supporter of KingdomRadioNetwork.com.’s school supplies program.

His hobbies include making jewelry, crocheting and collecting coins.

“I love being outdoors and spend time biking, hiking and fishing. I also like to travel,” he said.