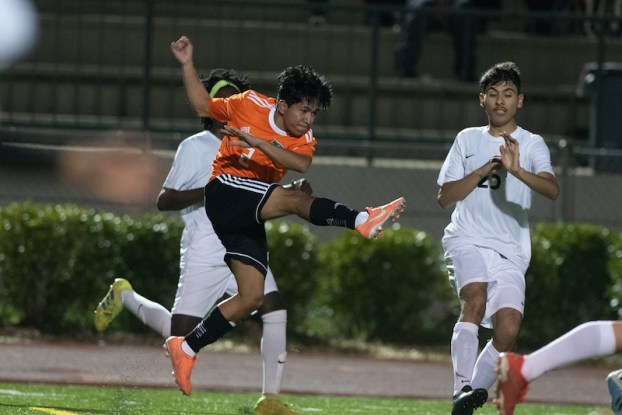 The 2020 soccer season was shaping up to be one of the best in an already storied history of Shelby County soccer with nine teams ranked this season and several set to make a strong push toward a state championship early in May.

But now we sit a week after what was scheduled to be the Final Four in Huntsville, and there are no state champions after the season ended two months ago due to the spread of the novel coronavirus.

That doesn’t diminish what the teams and athletes were able to accomplish over the first month of the season, and the talent in the county was no more evident than when the All-Metro and All-State soccer teams for the 2020 season were released.

The All-State team featured 17 players from Shelby County, including five first teamers, six second teamers and six honorable mention players. The All-Metro team featured an even more dominant presence of Shelby County players with 46 total boys soccer players from the county making the team, including eight on the first team, 15 on the second team and 23 honorable mention players.

With most of the same names being on the All-County team released a week earlier, it marks continued honors for a strong group of players.

The best from the 2020 season to make the All-State first team included a player from five different schools: Briarwood, Chelsea, Indian Springs, Oak Mountain and Thompson.

One of those was Briarwood senior midfielder Bailey Morman, who was an All-State player this year and expected to be Briarwood’s best player this season before an injury kept him from competing. He was still easily going to be one of the top players in 2020 once he returned.

Chelsea’s Andrew Messier also earned a spot on the team as the Hornets’ all-time leader in tackles and interceptions.

Indian Springs, who was No. 1 in the 4A-5A classification for much of the season, was represented by defender, and son of the head coach, James Tozzi. Tozzi was a player that solidified the team’s back line and was one of the best defenders in the state.

Another strong defender included Oak Mountain’s Ryan Webb, who also earned a spot on the All-State first team. He not only made plays defensively, but let that spark offensive play with five goals and two assists.

Thompson’s Mekhi Dimbo also earned a spot on the team as a goalkeeper after an incredible start. Early in the season, Dimbo posted nine shutouts in 14 games and had a save rate of 82 percent with 0.42 goals per game allowed.

On the second team, Chelsea had two players, while Briarwood, Indian Springs, Oak Mountain and Thompson each had one player.

The Hornets were represented by both Cooper Neal and Joseph Gage. Neal was the team’s leader in blocked shots, while Gage was a four-year starter in goal and second all-time on the team in shutouts.

Grant Grissom earned a spot on the second team for Briarwood and had two goals in 11 games, but more importantly was a key defender.

Indian Springs was represented by sophomore Jackson Nabors, who was one of the state’s best forwards this year for one of the top teams.

Oak Mountain’s Wilson Rhodes also earned a spot as one of the best defenders, while also posting three assists this season.

Tyrique Davis of Thompson was a possession player for the Warriors, which earned him a spot on the team. He averaged 24 possession recoveries per game and totaled five assists and one goal.

Spain Park head coach Matt Hall was also named the Coach of the Year for the All-Metro team, while Oak Mountain won he sportsmanship award.

By ALEC ETHEREDGE | Managing Editor  With No. 1 teams in three of the four different classifications, the 2020 girls... read more