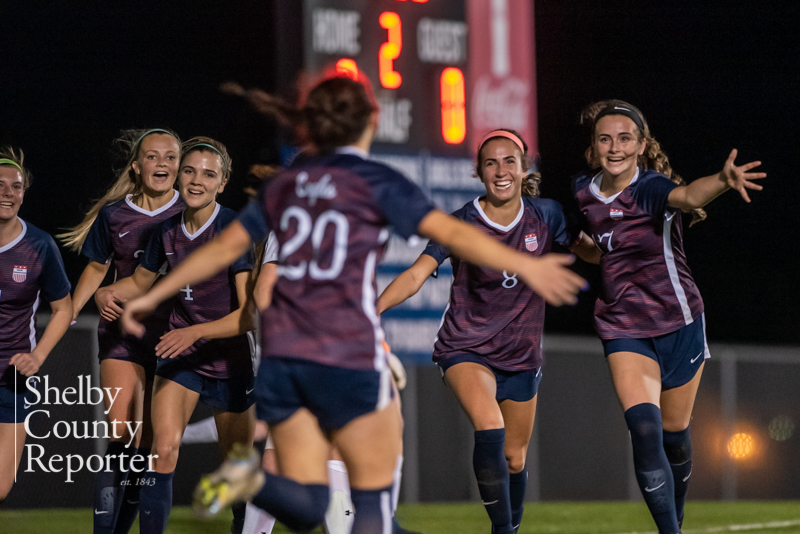 The amount of talent was no more evident than when both the 2020 All-State and All-Metro teams were released honoring the best players from the state and the Birmingham-metro area.

Among those teams, a total of 44 made the All-Metro team, while 11 made the All-State team, including nine on the first team.

For Oak Mountain, Retief proved in the early portion of the season that she was one of the state’s top players thanks to a remarkable 29 goals and eight assists. Murray was just a freshman in goal, but she only conceded three goals for the Eagles this season, while Maynard was one of the state’s best defenders.

Hoaglund had Westminster at Oak Mountain on a path to repeating as state champions with nine goals and four assists in limited action this season.

For Pelham, Ingram continued to be a dominant force this season, as she totaled 10 goals and 11 assists to earn a spot on the first team.

Helena’s Davis was also off to one of the fastest starts in the county this year with not only 20 goals, but an impressive 13 assists. Despite a shortened season, she already has 95 goals for the Huskies in her career with a year left to play.

White scored the game winner in last year’s state championship game with less than five seconds left in overtime off a 35-yard shot, while she also posted six goals and four assists early in this season.

Bright was a midfielder that could play back or attack this season as one of the Hornets’ more versatile players with four goals and one assist this season.

Several of those same players made the All-Metro A Division team as well, including Littleford, Bright, Duca, Titus, Retief and Maynard

In addition to that, seven others were on the A Division team including Spain Park’s Molly McNulty, Tatum Ahlemeyer and Vivian Gray, Oak Mountain’s Emmi Long and Hayley Wells, Briarwood’s Anna Martin and Thompson’s M.P. McDonald.

On the All-Metro B Division team, White, Hoaglund and Ingram represented each of their schools, while 19 others also made the team.