How do the first two months in Alabama’s COVID-19 battle compare? 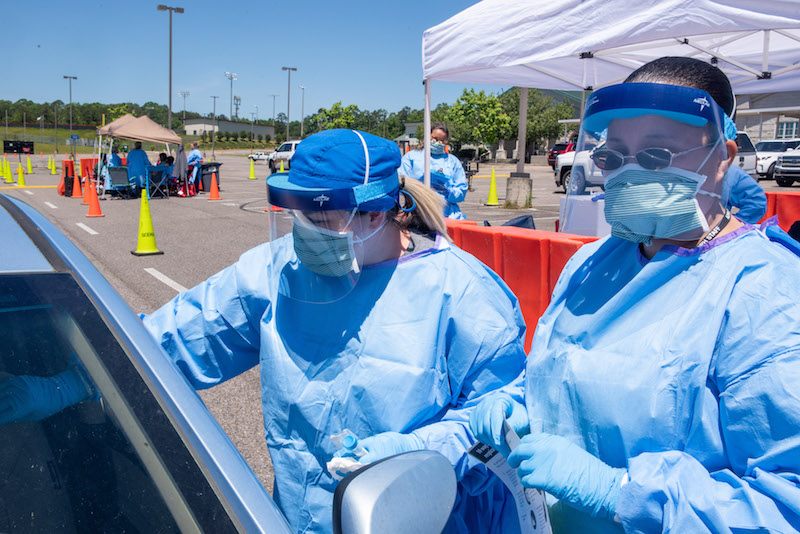 Alabama’s battle against COVID-19 hit the two-month mark on Wednesday, May 13, after the first confirmed case came on Friday, March 13, and the battle looks different today than it did in that first week.

As for COVID-19 numbers, Shelby County has seen almost 100 less confirmed cases in the second month of the outbreak despite 4,499 tests in that span compared to 1,358 in the first month.

That means the percent of positive cases per test has gone down from 16.9 percent to 6.5 percent with now 381 confirmed cases and 5,857 tests administered.

In that same span, the death toll has risen from 103 to 450 through two months, meaning there were 347 across the state in the second month alone. The percentage went from 2.7 percent of those with a positive case dying in the first month to 4.4 percent in the second month.

The county’s death toll has risen by 13 in the second month to 18, meaning 4.7 percent of those with a positive case have died. That’s up from 2.17 percent in the first month.

So far, 1,490 healthcare workers have contracted the virus, while 1,088 long-term care residents and 692 long-term care employees have tested positive.

In addition to that, 478 patients have been in the ICU, while 284 have been put on ventilators since the virus started in the state on March 13. There have also been 1,325 hospitalizations since the onset.

The first two months of the virus also saw confirmed cases in 15 residents and seven employees at the Columbiana Health and Rehabilitation facility. Since then, several have returned back home. In addition to that, nine residents and six employees at Select Rehab, Shelby Ridge in Alabaster also tested positive.

Since the outbreak started, positive cases were also confirmed featuring four local schools including two at Thompson High School, one at either Oak Mountain Intermediate or Elementary School, one at Helena High School and one at Calera High School. Both Helena and Calera students also possibly had contact with someone at the middle school. 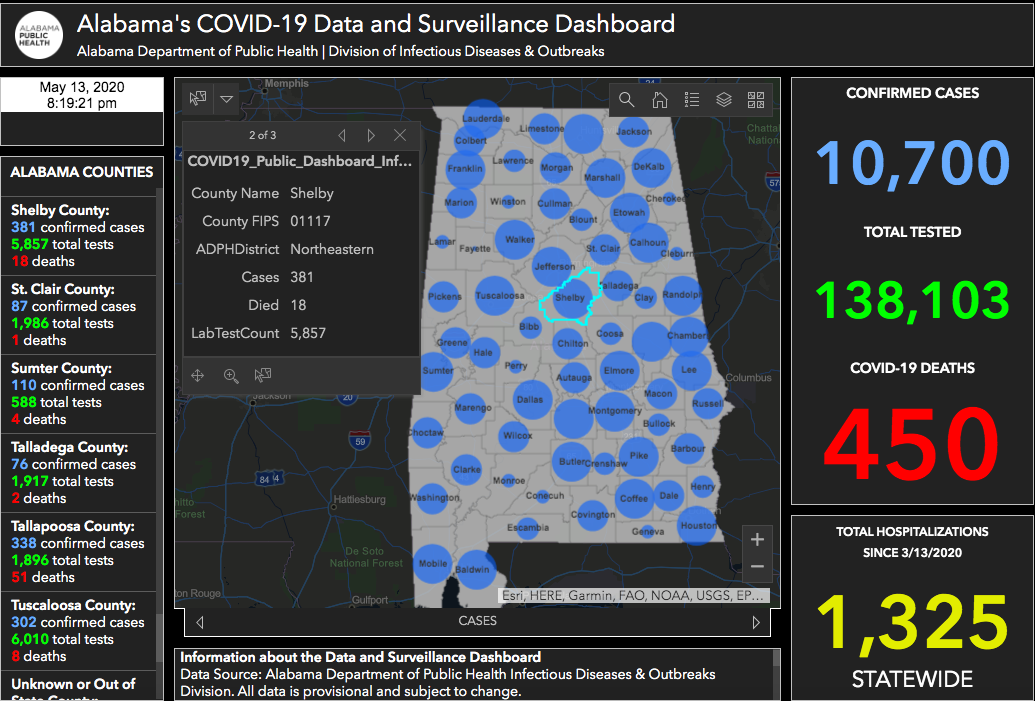