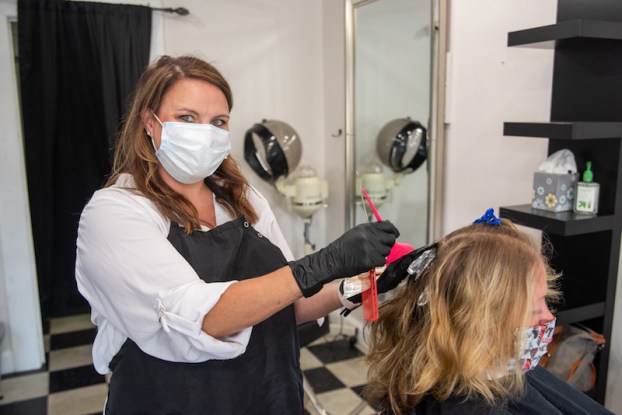 Uptown Salon in Helena was excited to start welcoming back customers, but is also adjusting to the new guidelines. (Reporter photo/Keith McCoy)

By Nathan Howell | Special to the Reporter

HELENA – Following the amended guidelines of Gov. Kay Ivey’s safer-at-home order, many businesses were allowed to reopen their doors to customers on May 11.

This amended version includes allowing restaurants to have limited seating for dine-in service, and allows close-contact services, like hair salons, barbershops and tattoo parlors, to begin serving their customers with new and strict guidelines.

And while some Helena businesses are waiting to reopen, others have taken the opportunity to open their doors again to help the city and its residents.

“We are just happy that we are getting back going,” Helena Mayor Mark Hall said. “A lot of these places were on the verge of closing their doors forever. They all employ people and keep our economy rolling.” 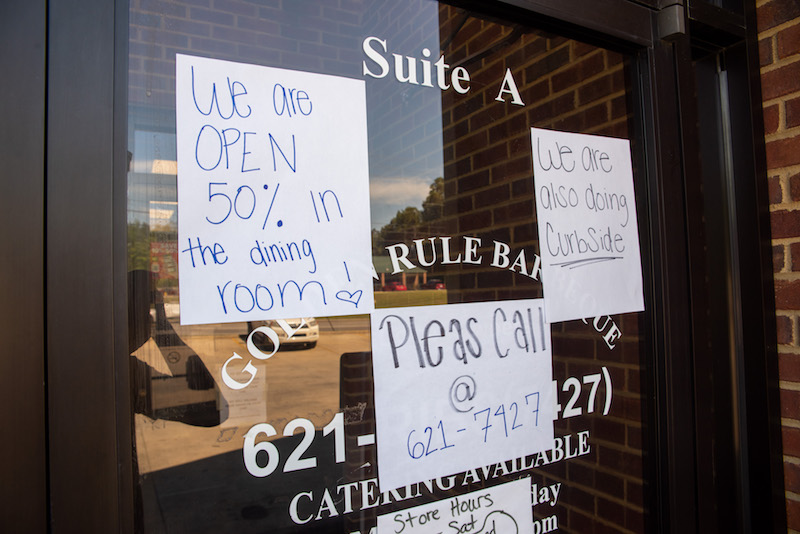 One of the businesses that people were most publicly hoping to reopen were hair salons and barbershops, which were included in the new order, and one Helena business was thrilled about that.

The Uptown Salon, owned by Crystal Charcandy, was one such example that began the process of serving its customers again, but she admits it has a different feel to it now.

“Everything is definitely so different now,” Charcandy said. “There is so much more to clean now than you would ever expect, so it’s a new normal for sure.”

While some businesses are choosing to remain closed, she said that she believes her salon can serve customers safely.

“I have a small salon, there’s only two of us working here. If there were more people, we might have made a different choice,” she explained. “Everybody is a little scared, but I think that once we get into a routine everybody will be calmed down.”

Along with the new guidelines, restaurants have also been allowed to reopen, but they have to do so with smaller occupancy (50 percent) and must have strict cleaning and social distancing rules in place. 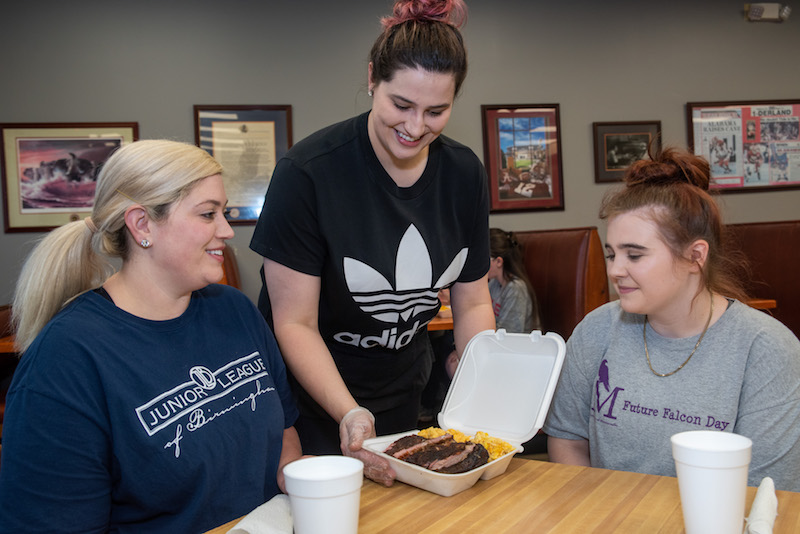 Helena’s location of Golden Rule BBQ has officially reopened its doors to customers after being allowed to do so by the governor. (Reporter photo/Keith McCoy)

“I have got guys that need jobs,” Gould said. “If we don’t make money, we don’t have jobs. Most of my guys this is all they know. They’ve got kids, family and mortgages like everyone else, but they can’t work from home.”

Gould said his main concern was the ways customers would react to dining in again, but sounded optimistic after a promising first lunch service saying “I think they’re ready to come eat.”

Two months into the battle against COVID-19, restaurants have been limited to take-out and drive-thru orders only, but now they have the chance to regain a sense of normality again, while others will have the opportunity to work once again.