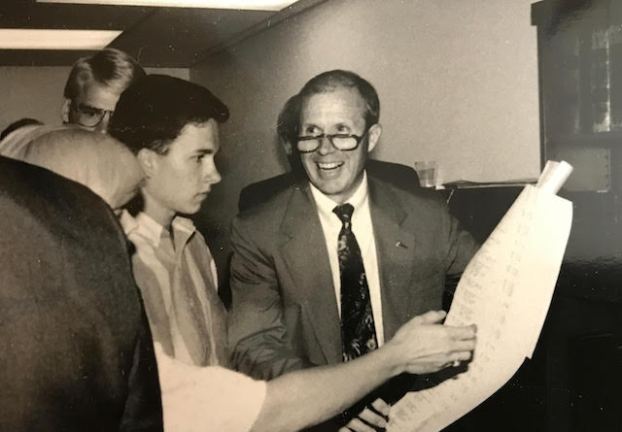 Many people in Shelby County know Don Armstrong as the tax commissioner, but he is also a veteran, a volunteer and an active member of his church. (Contributed)

Armstrong a man of selflessness, faith

As tax commissioner for the past 15 years, Don Armstrong’s commitment to service to his fellow man extends beyond his interest in looking out for the taxpayers of Shelby County; it dates back several decades.

In 1984 he was involved in assisting the establishment of the Four Mile Volunteer Fire Department.

Elected as an ordained deacon during his eight-year tenure at Sherwood Baptist Church in Albany, Georgia, he has been active in his current church family at First Baptist Church of Columbiana (FBCC) for the past 38 years.

Armstrong and his wife were Sunday School teachers, and he continues to support FBCC in his role as deacon.

Armstrong served on the board of directors of the Middle Alabama Area Agency on Aging for several years.

In the early 90s, he served two terms as representative of Shelby County.

Becoming a member of RSVP in 1994, he has served on its board of directors for just as long.

“I’ve always felt very strongly about RSVP. It keeps the people of Shelby County connected to their community and active within it,” Armstrong said. “Shelby County has grown and improved tremendously. It’s amazing to see the population rise from 69,000 to 250,000. It’s time for everybody to pull together.”

Life for Armstrong began 79 years ago in Wilsonville, Alabama.

“Shelby County is a good place to live,” he said.

Except for a nine-year period when he moved to Georgia to work for USS Agri Chemical, he has always resided in the small community of Four Mile.

Armstrong earned a bachelor’s degree in business from Alabama College (now the University of Montevallo).

In 1963, he enlisted in the Army National Guard; he served six years.

“I wanted to get service behind me and didn’t want to end up being drafted, so I enlisted on my own,” he said.

Amidst tragedy and loss, Armstrong’s faith as a Christian has sustained him.

Virginia, his wife of 49 years, passed in 2011. The couple’s only children, two sons, Scott and Shane, also passed.

“If I didn’t have strong faith, I don’t know how I would have survived,” he said. “God has a perfect plan for all of us. I didn’t understand it, but I know I trust Him in order to make it. Having my job to come to each day helps me by giving me something to focus on.”

Winters reflects on his life’s adventures

By DAISY WASHINGTON / Community Columnist “I’ve had some amazing adventures up to this point in my life,” said 56-year-old... read more