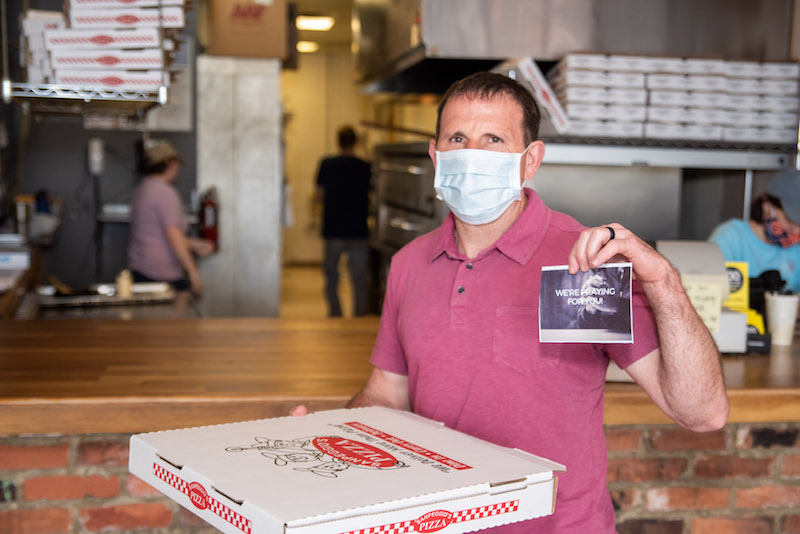 NORTH SHELBY – As Valleydale Church’s Community Connections pastor, Patrick Sawyer is constantly looking for ways he and the church’s Local Missions Team can serve the area.

They ramped up their efforts after the onset of the COVID-19 pandemic, holding food drives and furnishing meals for first responders.

But after a conversation with a church member, Sawyer saw the potential for another initiative through which people could extend support to local restaurant owners trying to stay financially afloat.

“She and her family were trying to go out once a week and buy dinner just to help the local restaurants during this time,” Sawyer said. “It was just the idea of sending people out to bless a restaurant.”

Sawyer talked to another staff member about how the restaurant idea could be incorporated into blessONE, an outreach initiative the church had launched nearly a year ago.

“We’ve really been trying to tie it all together. It just made sense to tack it on as blessONE Restaurants,” Sawyer said. “We wanted people to have somewhere close to them and to have multiple options.”

The blessONE Restaurant Movement started on May 11 and will continue through the week of June 1-7.

“We have identified and notified a different restaurant in each of our local community areas and want to encourage you and your family to go and blessONE of these restaurants by purchasing a meal,” the website description reads. “You can double your efforts by buying a meal and then delivering it to your blessONE or someone in need.”

People can also print prayer cards from the church’s website to give to a restaurant when they pick up their food.

Sawyer said anyone can participate in the initiative; it is not limited to members of Valleydale Church.

“We would love for people to do that,” Sawyer said. “Anyone can get involved. This is something they can do year-round.”

The restaurant lists for the remaining two weeks are:

To access the prayer card PDF or for more information, visit Valleydale.org/howcanihelp.