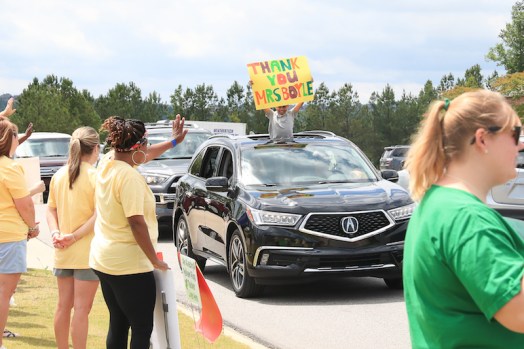 A Pelham Ridge Elementary School student holds a sign thanking his third grade teacher Jennifer Boyle during a drive-by parade hosted at the school on May 19. (For the Reporter/Dawn Harrison) 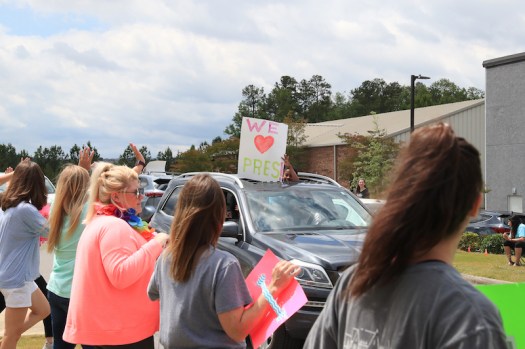 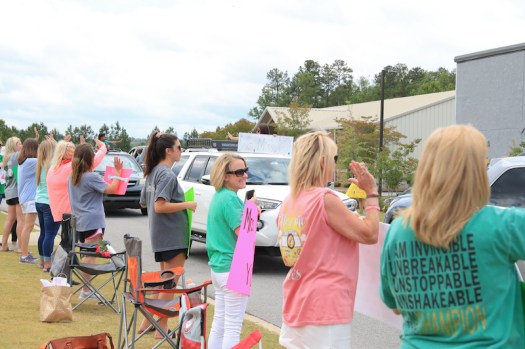 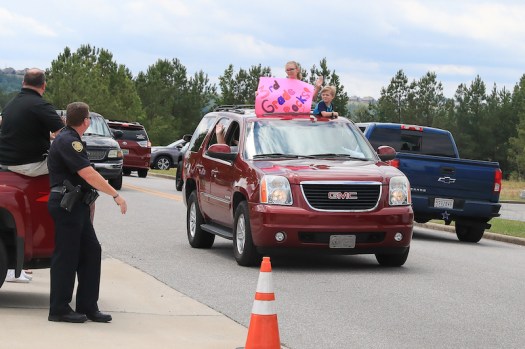 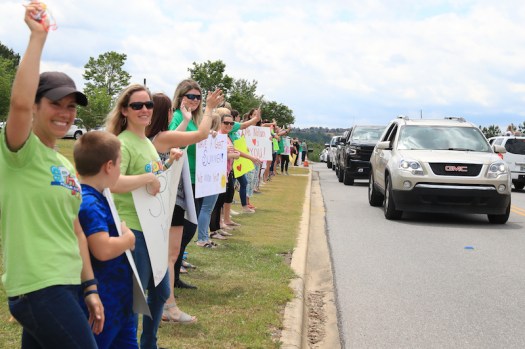 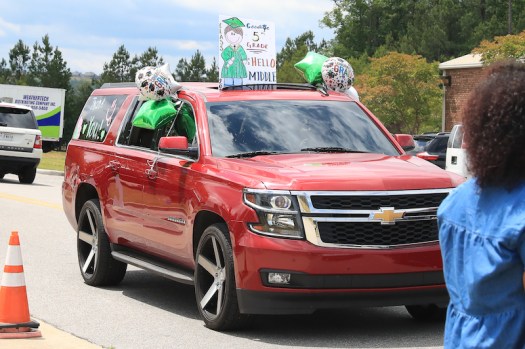 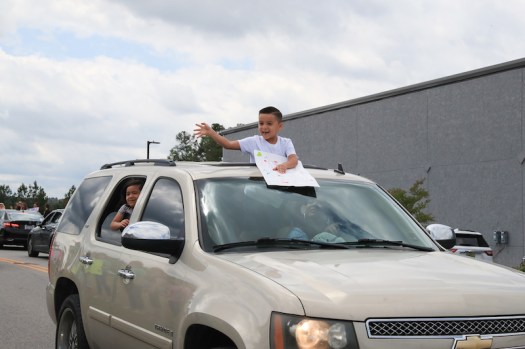 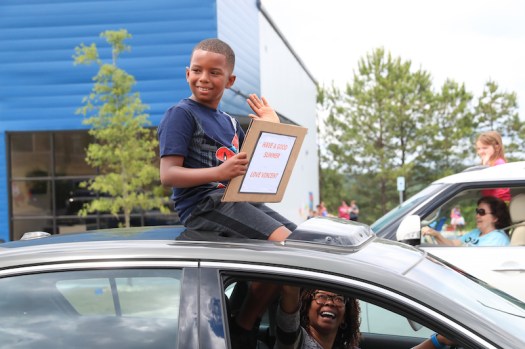 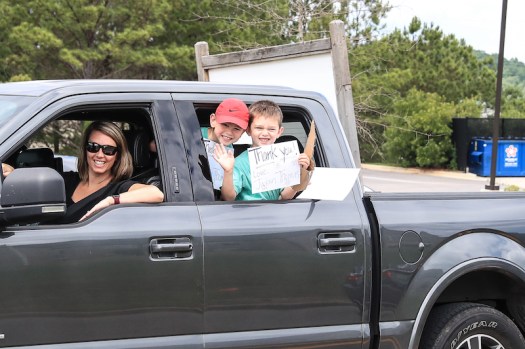 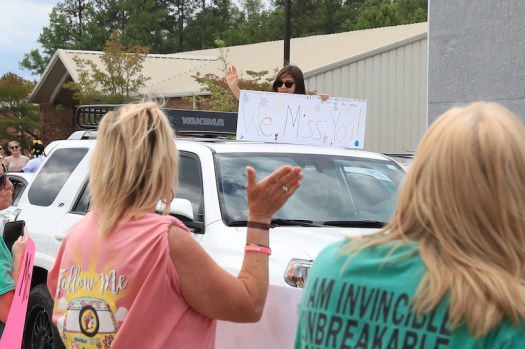 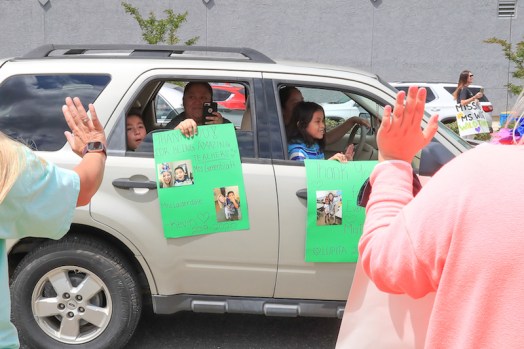 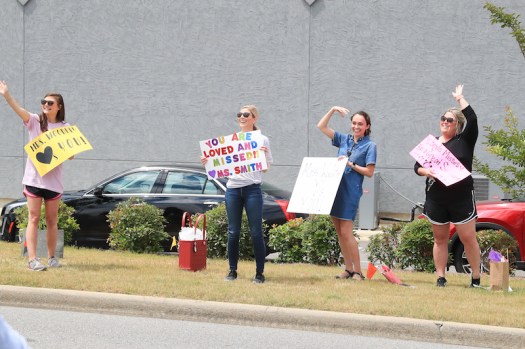 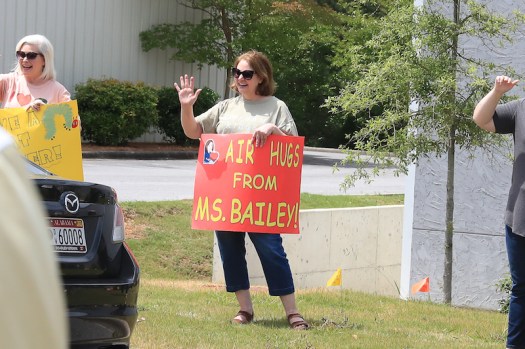 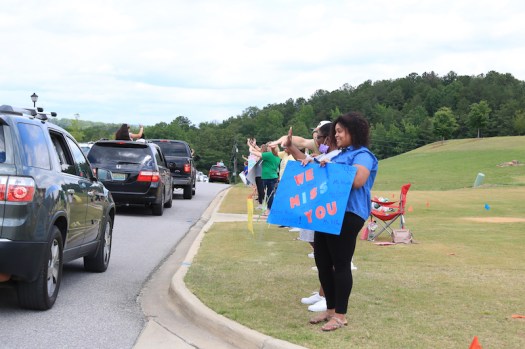 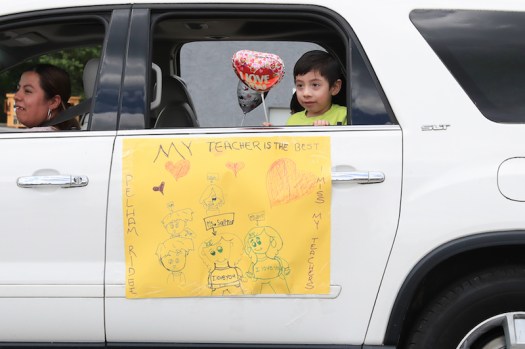 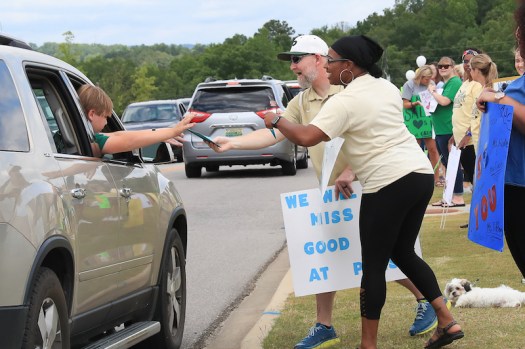 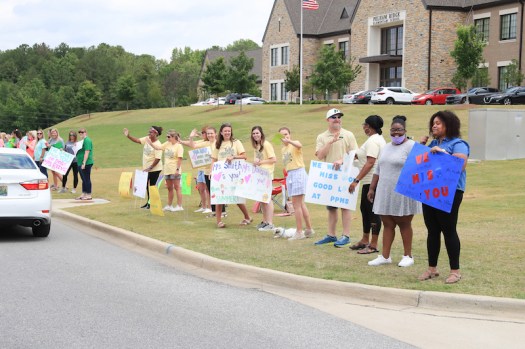 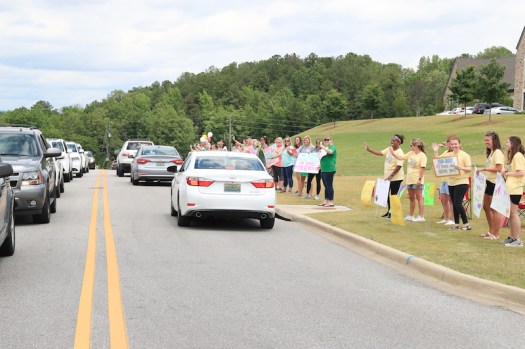 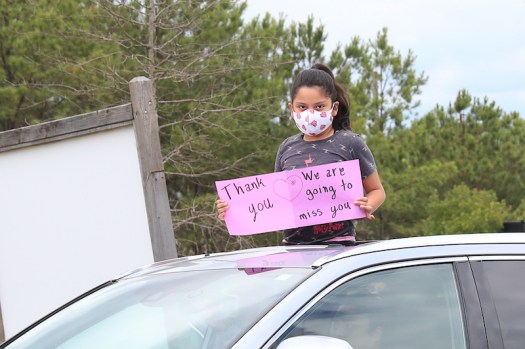 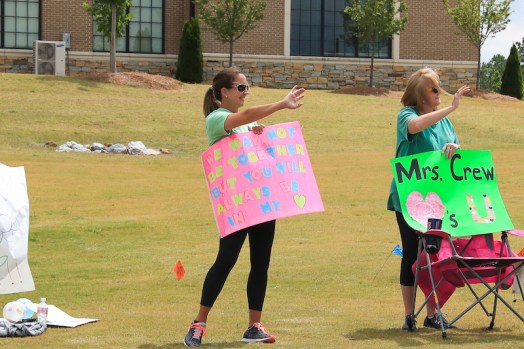 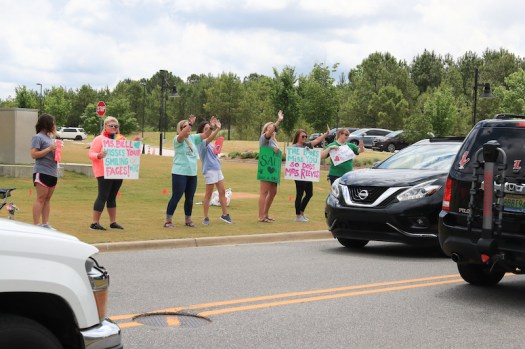 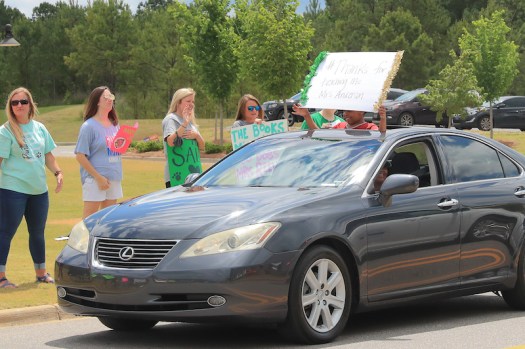 By BRIANA H. WILSON | Special to the Reporter

PELHAM – For parent Daniela DeLuca, the Farewell Parade held at Pelham Oaks Elementary School on Tuesday, May 19, was a beautiful and moving experience, especially since this school year marked her son’s last year in elementary school.

“It was the culmination of an outpouring of love that we’ve felt since all of this started,” DeLuca said. “I didn’t realize how touched I would be.”

DeLuca, whose other son was also a student at POES, said her younger son’s departure marks the end of her time as a POES parent.

“The respect everyone has for each other really shows,” she said. “The administrators have the upmost respect for the teachers, and the teachers show respect to the students and parents. They were incredible with the way they dealt with this pandemic. There were phone calls, text messages and so much communication through Google Classroom. I’ve never been prouder to be a Panther parent. Although he’d probably never admit it, I’m sure Cruz felt a little emotional during the parade with it being his last year.”

The same Farewell Parade was also hosted at Pelham Ridge Elementary School on May 19. Teachers lined the parking lots at both schools as parents and their children paraded through in the vehicles.

With cars backed up onto Shelby County 52 waiting to drive by, teachers held signs that read, ‘Have a great summer,’ ‘We love you,’ and ‘You’ll be missed.’ Some even held huge face signs.

Second grade POES teacher Dora Eubanks held a sign that said, ‘The end of the year was a bummer, but have a great summer.’

Eubanks said a lot of the students were happy to see their teachers, but she did see a few kids crying. Eubanks added that she thought she had gotten all of her tears out as she cleaned out her classroom prior to the start of the parade, but as soon as the first car made its way through the parking lot, she felt herself getting emotional.

“It didn’t seem like what was happening was real,” she said. “It’s all still so surreal. As an adult it’s hard for me, so I can’t imagine what it’s like from the students’ perspective. Even though it wasn’t how we pictured it, I’m so grateful that we were given the opportunity to say goodbye and get some closure.”

Fifth grade PRES teacher, Brooke Lott, agreed that the parade was a good way to end the school year, given the circumstances.

“It’s been so hard as a fifth-grade teacher knowing that these kids are going off to middle school without a proper goodbye,” Lott said after the parade. “I wanted one last hug, fist bump, or at least wave, and I got to do that today. It was an emotional event.”

Second grade PRES teacher Shelly Powers said she loved that she got to see other students in the school, not just the ones in her class.

“We also saw students we have taught previously and students we have built relationships with outside of the classroom,” Powers said. “It truly was the highlight of my year. I hope it is a tradition we continue as a school even after the pandemic is over.”

As summer break settles in, Eubanks said she’s turning her attention to completing some professional development training. With so much still unknown, she said she’s focusing on what she can control and working toward being the best teacher that she can be for students when they return to school in the fall.