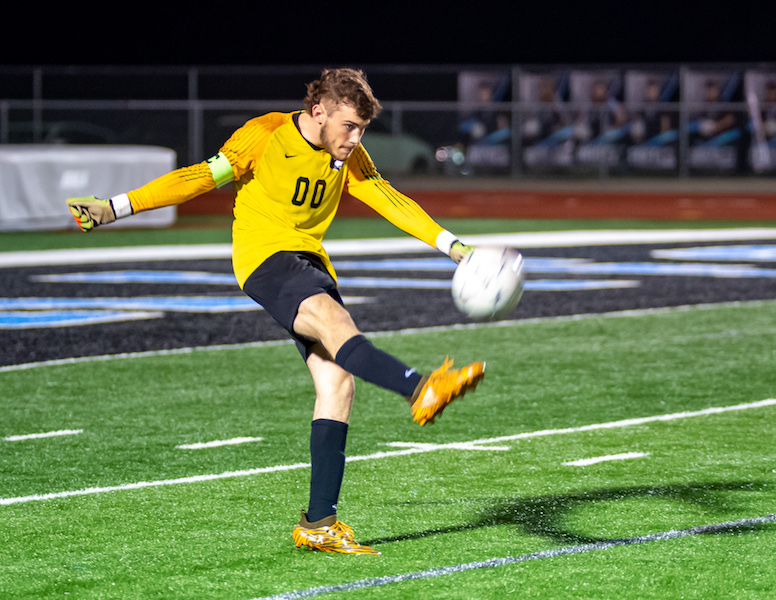 Helena goalkeeper Alex Franklin was one of several to be named to the 2020 North All-Star team. (For the Reporter/Larry Dancy)

This spring was set to be another impressive one for local soccer teams, and it’s not only showed on the All-County, All-Metro and All-State soccer teams, but also shows on the recently announced North All-Star team.

On a team of 17 players, four of those players were from Shelby County, including Spain Park’s Logan Edwards, Helena’s Alex Franklin, Chelsea’s Chris Nettuno and Oak Mountain’s Wilson Rhodes.

The teams are comprised of 2021 rising seniors who were chosen by a special coaches committee from nominations received from AHSAA member school tennis coaches.

“We think this is a tremendous group representing many of the best boys soccer players in the AHSAA,” AHSADCA Director Jamie Lee said. “We are proud to announce these teams even though we are disappointed the All-Star competition set for the All-Star Sports Week this summer has been canceled. Each player will be receiving certificates from the AHSADCA for their selection to these prestigious squads.”

Edwards had Spain Park get off to a fast start during the early portion of the season. Before it was canceled, he was able to score nine goals and add two assists in 12 games for the Jaguars.

Franklin was Helena’s goalkeeper this season and was having a remarkable start to the season for the Huskies with 42 saves and 17 blocks, setting him up for what should be a great senior season in 2021.

As a right back, Rhodes was one of many keys for the Eagles early in the 2020 season, not only playing strong defense, but propelling the offense at times as well with three assists.

Nettuno has also made a name for himself at Chelsea. As a starter for the last three years, he’s become a leader for the Hornets and was second on the team in goals during the early portion of this season.