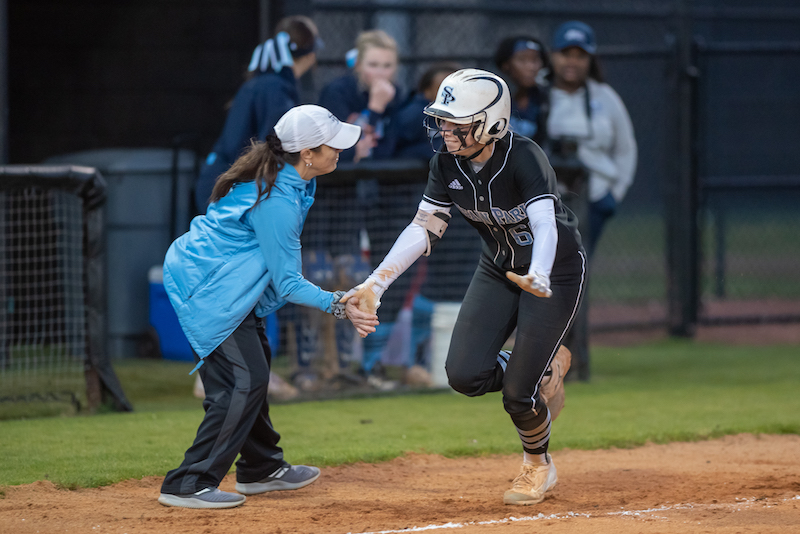 Spain Park's Annabelle Widra was named to the North All-Star softball team after another jaw-dropping start to the 2020 season. (Reporter photo/Keith McCoy)

Annabelle Widra has been making her mark on the county since her eighth-grade year as a starter for the Spain Park softball team.

Time has flown over the last four years, but now, she’s headed into her senior season, and as a rising-senior, she was eligible for the 2020 North-South All-Star game.

Thanks to another strong junior year, Widra earned a spot on the North team, becoming the county’s only player to make the team during the shortened 2020 season.

While the game won’t be played, it still marks a high honor for the star.

“This is an outstanding group of softball standouts and coaches from our member schools,” AHSADCA Director Jamie Lee said. “We are proud to announce these teams even though we are disappointed the All-Star competition set for the All-Star Sports Week this summer has been canceled. Each player will be receiving certificates from the AHSADCA for their selection to these prestigious squads.”

In her first three years as a starter, Widra was named the Shelby County Player of the Year, while also earning a spot on the All-County First Team each year.

As a pitcher and shortstop for the Jags, she has also been named a MaxPreps All-American in the past.

This year, her impressive start had the Jaguars ranked No. 1 with a 21-0 record, as she was looking to possibly post her best season of her career.

Earning a spot on the team, made her one of the best 18 players in the North region of the state and one of the 36 best in the entire state. She’s also committed to play college softball at Michigan following her days at Spain Park, and is considered one of the top players in the country.