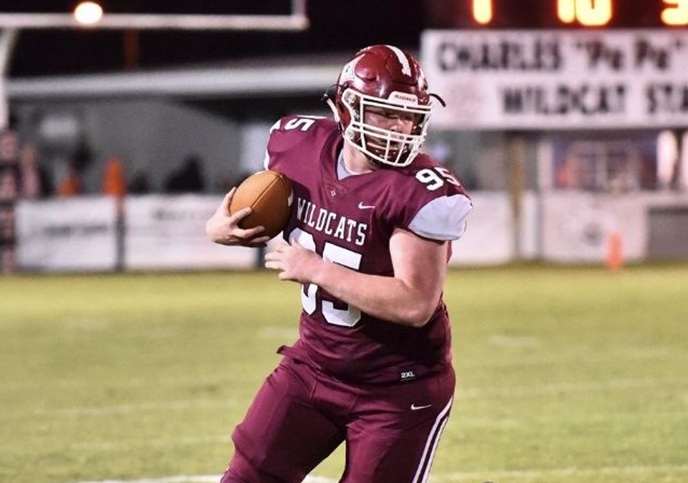 Shelby County offensive lineman and baseball player J.T. Pennington is starting to receive recognition for his efforts on the football field and is primed for a strong senior season. (Contributed)

COLUMBIANA – Entering his senior season, Shelby County’s J.T. Pennington is finally receiving the kind of attention one would expect for a three-year starter on the offensive line.

The month of May has seen his stock rise dramatically as he’s fielded 12 scholarship offers from the likes of Samford, Army, Navy, Western Kentucky and stays in regular contact with Auburn. He’s spent years proving his worth, and now every new letter that arrives in the mail serves as a catalyst for the baby-faced mauler from Columbiana.

“Ever since my first offer from Jacksonville State, the feeling of getting an offer hasn’t changed whatsoever,” Pennington said. “Each one motivates me more than the last one to keeping piling. I just love getting them and it motivates me to the max.”

Pennington, like many of his fellow student-athletes, has had a little more training time this offseason than usual. As a two-sport letterman, he watched helplessly as the Wildcats’ baseball season was ended prematurely in the midst of a great run.

“I just felt horrible, especially for the seniors. As soon as we heard it our whole team’s heart dropped, we were number one in the state and we were on a roll,” Pennington said. “Most of them that’s their last baseball game, last season and it just got cut short.”

Despite the hardships, he’s found the positive and used the situation to his advantage while improving his stock and his skills.

“I’m blessed to have a workout room in my basement, so every day around 2:30 (p.m.) me and my dad go down there and he just takes me through it,” Pennington said. “That’s something that hasn’t changed, I’d say it’s gotten even harder. We’ve been working even more thanks to the break.”

No one would be shocked by Pennington’s rise if they took a look at branches on his family tree. He comes from great stock with his father, Jeremy, leaving quite the legacy at the University of Alabama as one of the starting offensive linemen for the 1992 national championship team.

“My dad’s been coaching me all my life and you can’t ask for much better,” Pennington said. “He’s someone who knows what they’re talking about, who’s been there and won at the highest level, so it’s awesome to have someone guide you through everything and teach you.”

The legacy doesn’t stop there as his uncle, Spencer, played both baseball and football at UA in the early 2000s and won state championships in both sports with Fayette County.

Spencer actually turned down a six-figure offer from the Chicago Cubs to attend school in Tuscaloosa, and while he was always a bigger baseball prospect, Crimson Tide fans likely remember more moments from him on the football field.

As a third-string quarterback, Spencer was forced into duty after injuries to Brodie Croyle and Marc Guillon and started most of the 2004 season as a result.

Wins over Kentucky and Mississippi State highlighted the year along with leading Alabama back to a bowl game for the first time in three seasons. 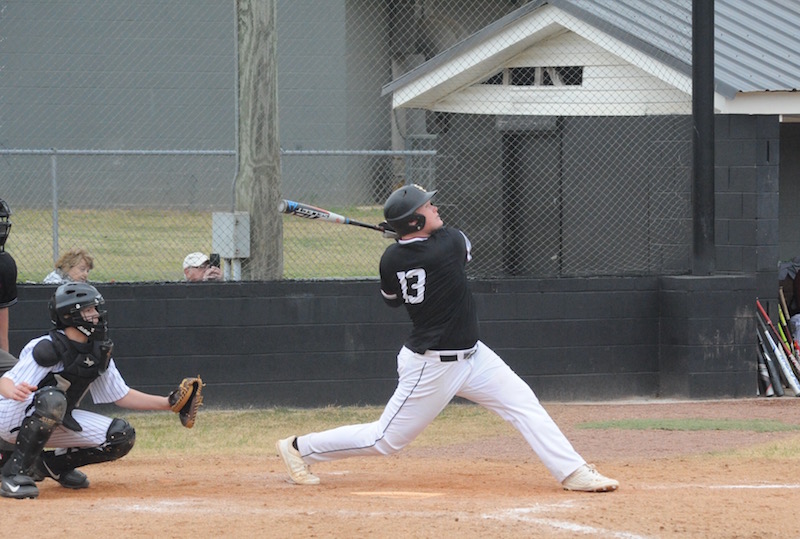 Baseball takes on a totally different vibe for J.T., who uses it as a release from the grind of football.

“It’s nice to have something else to do,” Pennington said. “I work out for football every single day, and when I go to the baseball field I just let loose and have fun. It’s just a whole different mindset. With baseball you can be loose and joke around a bit.”

Pennington recognizes that he hasn’t arrived on his own. No man is an island and he draws strength from many people in his life.

“The Lord has been watching over me when I play, and I feel very blessed to be surrounded by a lot of people around me that want me to do well,” Pennington said. “Coach (Heath) Childers, him having faith in me to start me as a freshman and let me get the experience has definitely helped me become the player I am today.”

Childers wasn’t always aware of Pennington’s family ties, but didn’t need to know them in order to see the potential J.T. possessed–even very early on.

“Before I met him, I watched a middle school game he was playing in and at that point I knew he had a chance to be something special,” Childers said. “Then later on between his eighth and ninth grade year, I started bringing him over with some of the other (varsity) kids and working him out.”

Ever since then, Childers has been Pennington’s position coach and has been close by watching the development into one of the premier linemen in the state.

It was that development that gave Childers the confidence to not only play, but start Pennington during his freshman year. 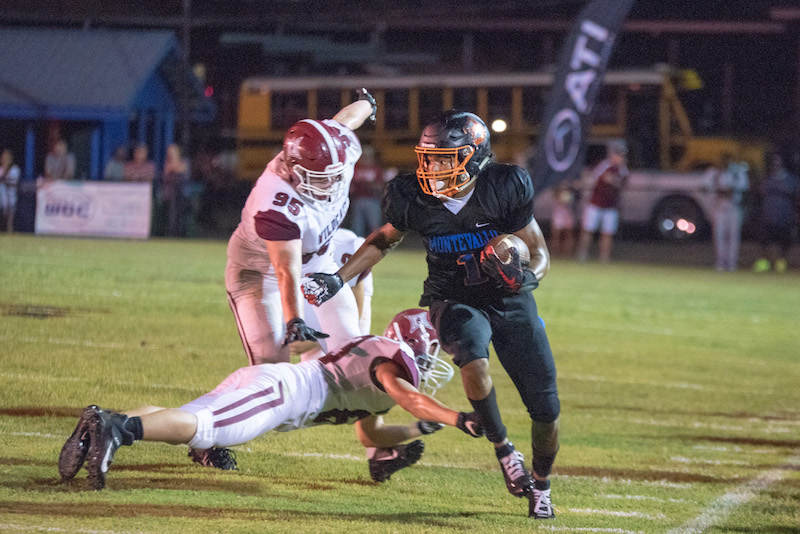 For Childers, he admits it’s almost hard for him to critique Pennington’s performances at this point and doesn’t tip toe around the subject when it comes to where he believes he sits amongst the elite.

Pennington knows what he can do on the field, but recognizes a higher purpose off of it. The legacy he wants to leave has a deeper meaning that will reach future Wildcats.

“I want to be remembered as a leader, most leaders on the team dog people out and make underclassmen scared. I just want to help and be the best leader I can be,” he said. “I want to bring them up and still get on to them, but also be the guy they can come to and get help and ask questions.”

Upon hearing those words, there was a considerable lack of astonishment from his head coach.

“I’m not surprised by that at all, because that’s just the type of person J.T. is, he’s just a great person,” Childers said. “I tell coaches that call me about him that he’s a great football player, but he’s an even better human being.”