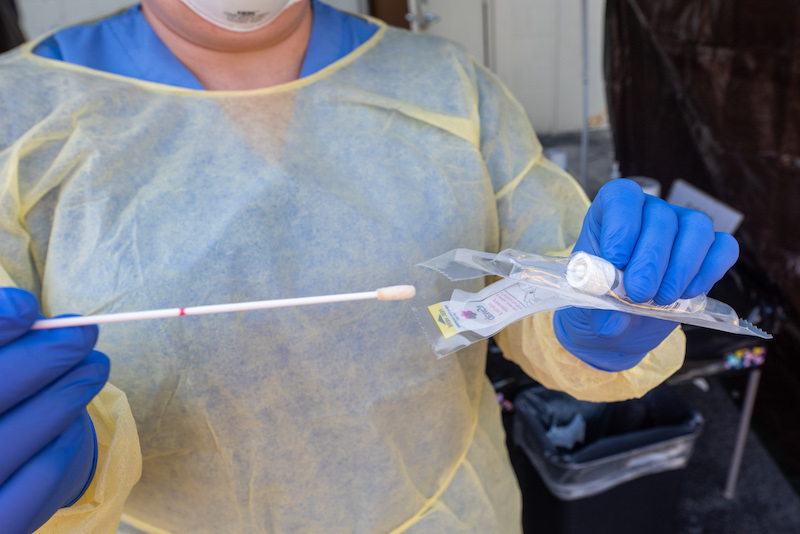 Following a sharp increase of 33 cases in a 24-hour span between May 25 and 26, the number of new COVID-19 cases in Shelby County was half that into Friday morning, May 29, with 17 new confirmed cases.

While this stands to be the worst week the county has seen in close to a month with 50 new cases between Monday and Friday morning, the number of confirmed cases each day seems to be back to a more manageable number of less than 10 new cases per day with that one-day spike being the lone speed bump.

Previously, however, during seven day spans the last two weeks, the county had seen increases of 35 and 32, which it beat during a four-day span this week by at least 15.

Those new numbers come with 331 tests looked at by the Alabama Department of Public Health between Monday night and Friday morning, meaning 5.1 percent of those tested have gotten the virus, while the total number of COVID-19 cases is now nearing 500 at 484.

Overall, the state now has 16,530 confirmed cases of the virus, meaning 56.6 percent who have contracted the virus have recovered. And thanks to 10,590 new tests in the last two days, more than 200,000 have been tested across the state, as the total number of tests administered now sits at 204,349.

The last 14 days makes up a large portion of those tests with 74,550 tests administered in that time with 5,444 positive tests in that same span. That marks 7.3 percent of those tested getting back positive results.

Statewide, 8.1 percent of those tested have gotten back positive results, which is slightly up from the 7 percent mark where the numbers have hovered for the last two weeks.

The death total for the county continues to sit at 19, where it has been for close to two weeks, while the state total had risen to 591 as of Friday morning.

Since the virus started, there have been 1,778 hospitalizations across the state, which has risen by more than 100 in the last 48 hours. Of those hospitalizations, 569 are in the intensive care unit and 340 are on ventilators. 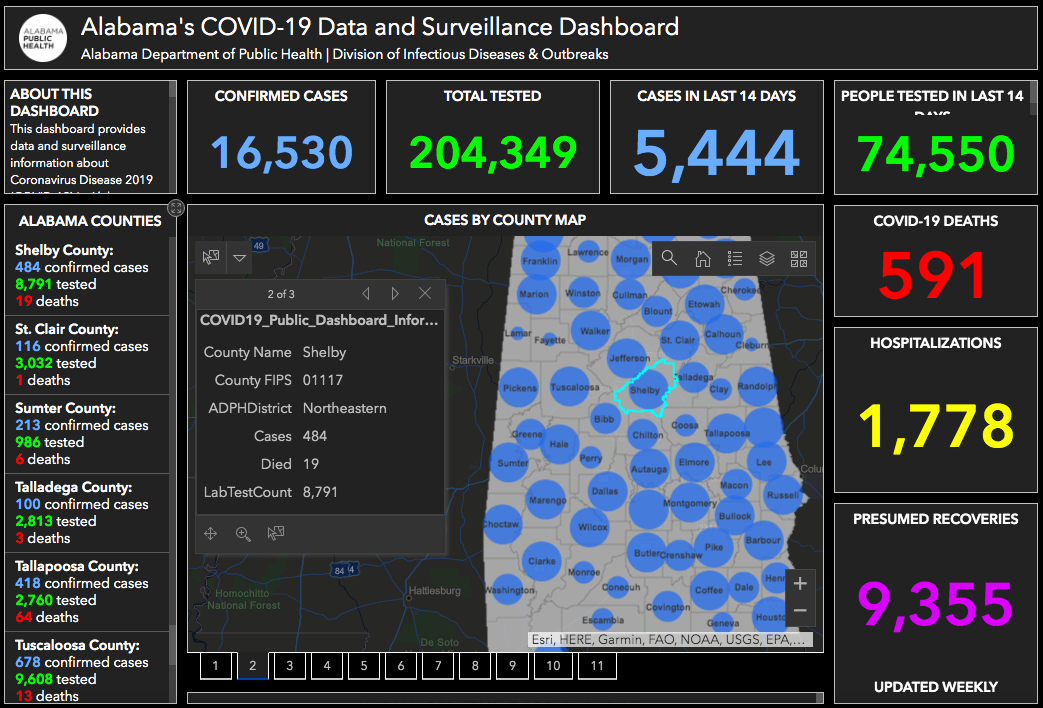 For a while, Shelby County had the second most cases, but with the surge in other counties and Shelby’s decrease in confirmed cases each day, Marshall (668), Tuscaloosa (678), Lee (533) and Franklin (514) all have more now, meaning Shelby now has the eighth most cases.