Over the last week, the number of confirmed COVID-19 cases across Shelby County had its biggest spike in several weeks as more than 100 new cases were confirmed by the Alabama Department of Public Health.

The previous two weeks combined saw less than 70 new cases with weekly totals at 35 and 32, but in the last week there were daily totals that exceeded that mark.

In that time span, there have been 1,081 new tests looked at by the ADPH, bringing the total number of tests administered in Shelby County to 9,541. In the last seven days, 10.7 percent of those tested have received positive results in that span.

The death toll for the county has also risen by one with the total number now at 20.

With 518 total cases and 9,541 confirmed cases in the county, the percentage of those tested receiving positive results is still hovering at 5.3 percent, a mark it has been near for the last three weeks.

Across the state, there have now been 18,018 confirmed cases with 222,378 tests administered, which is an increase of 2,368 cases and 28,619 tests since last Friday morning. In that time span, 8.3 percent of those tested had a positive case.

In the last two weeks, the state has seen a large portion of its positive cases with 80,014 new tests administered and 5,926 new cases. During that two-week time frame, 7.4 percent of those tested have tested positive.

There also remains 9,355 presumed recoveries, a number that will be updated later this week and on a weekly basis.

The number of deaths in the state has now reached 644, which marks 64 new confirmed deaths since last Friday morning.

Those numbers come despite females making up 57.8 percent of cases and those between the ages of 5 and 64 making up 76.89 percent of cases, meaning older people and males aren’t getting it as often, but it is more deadly to those demographics.

There have also been 1,855 hospitalizations since the virus’ outbreak on March 13, while 591 of those have been placed in the intensive care unit and 355 on ventilators.

In addition to those numbers, 2,253 healthcare workers have contracted the virus, while 1,695 long-term care residents and 1,031 long-term care employees have had positive cases. 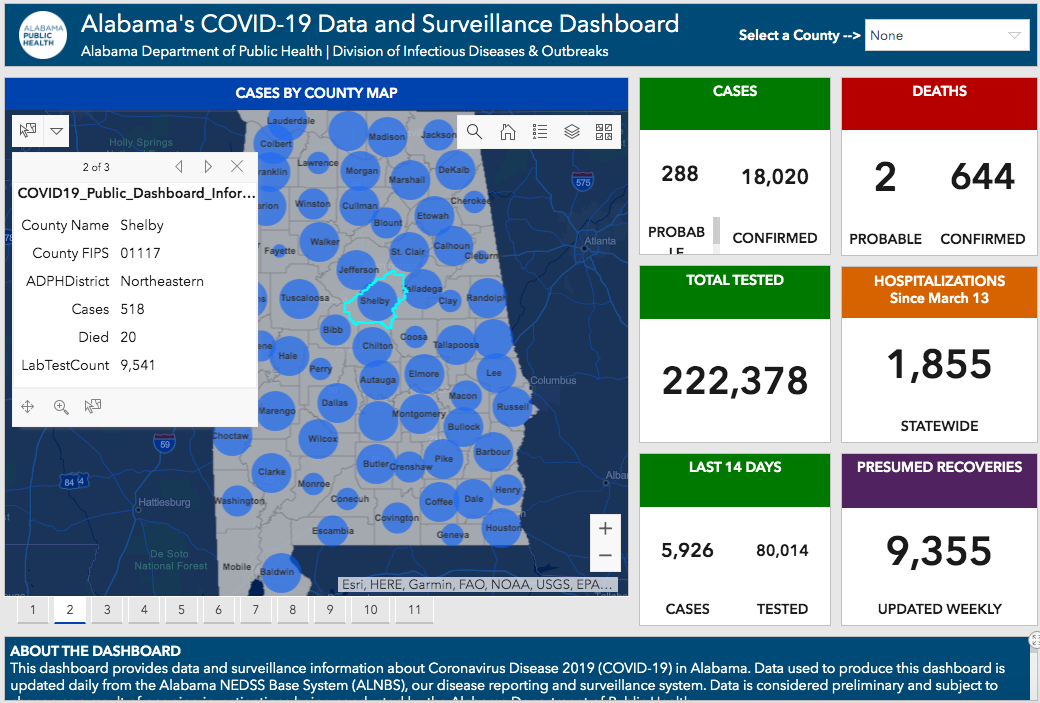 By ALEC ETHEREDGE | Managing Editor Following a sharp increase of 33 cases in a 24-hour span between May 25... read more