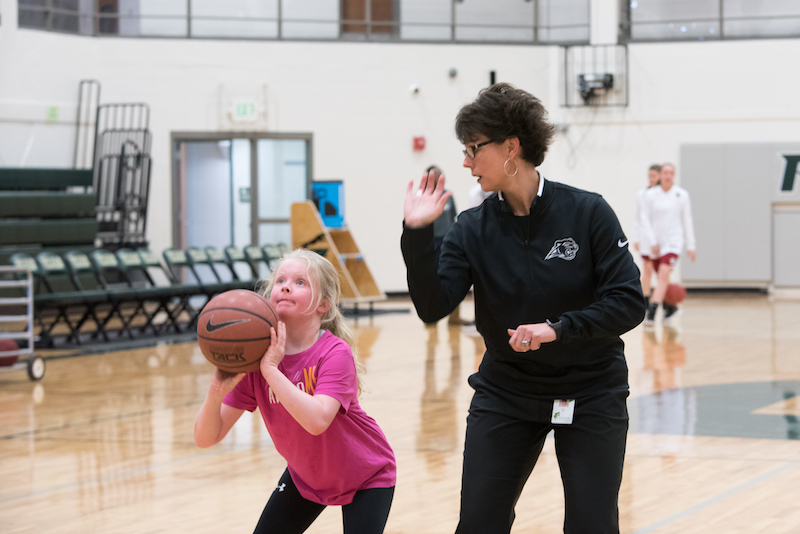 Pelham athletic director Kim Kiel has been named the Class 6A recipient of the Making a Difference Award. (File)

PELHAM – Kim Kiel has left an imprint on athletics in the state of Alabama as she continues to represent athletic directors across the state, showing that her impact is felt both by the athletes and coaches she oversees at Pelham High School on a daily basis, as well as those across the state.

On Tuesday, June 2, the Alabama High School Athletic Association released its June/July newsletter, in which seven individuals across the state involved in athletics were honored with this year’s Making a Difference Award.

One of those honored; none other than Kiel, who was named the Class 6A Making a Difference Award recipient for her efforts to lead Pelham High School athletics.

“The recipients in this 2020 Making a Difference Class are excellent examples of men and women who take their positions as role models for their students, faculty and communities very seriously and have shown extraordinary determination through the challenges each has faced,” AHSAA Executive Director Steve Savarese said in a press release. “Each has had a major positive impact in their communities and schools and across the state, and all are excellent choices for what this award stands for.”

But in 2014, Kiel was named the director of athletics for Pelham City Schools, and serves as athletic director for the high school, where she has made an impact through her leadership for both coaches and athletes at the school.

In many interviews, she talks about the desire to build up Pelham athletics from youth sports and the importance of reaching the community, while also having the right pieces in place, which is what Savarese said is an important piece to the award.

“This award is the most important honor a professional educator in our state can receive,” Savarese said. “Characteristics considered for this prestigious award include the recipient’s character, integrity, determination and service, all of which have enabled these individuals to have a life-changing impact on the community or school where they serve.”

He added that the award exemplifies what makes education-based sports so important.

“This is one way we can honor our teachers, coaches and administrators for the example they set and the life lessons they teach daily,” he said.

Kiel quickly shines the spotlight away from herself, but continues to have an impact, and that surely will be felt once again as she looks to hire a new basketball coach this offseason.