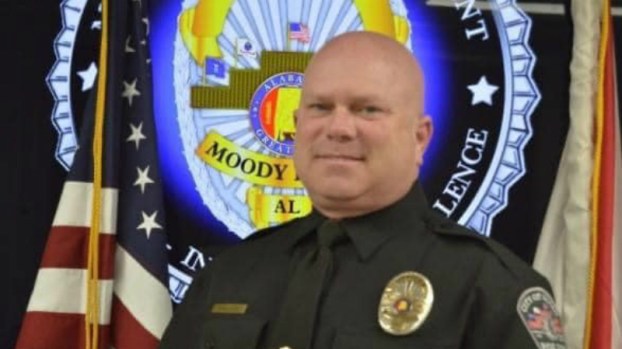 MOODY – A Moody police officer killed in the line of duty on Tuesday, June 2, was remembered locally for his time spent with the Alabaster and Calera police departments.

Moody Police Sgt. Stephen Williams, 50, was shot shortly before 9:30 p.m. on June while responding to a call at the Super 8 Motel off Moody Parkway.

Williams was taken by ambulance to a hospital but died, leaving behind a wife and three sons

“His loss is a loss for all of Alabama,” Jay E. Town, U.S. attorney for the northern district of Alabama, said in a statement. “This serves as yet another heartbreaking and stark reminder of the perils encountered by law enforcement each day.”

“Sgt. Stephen Williams was a friend to all,” Shelby County Sheriff John Samaniego said in a statement. “His line of duty death leaves our hearts heavy beyond measure and we mourn deeply with all the communities he served and impacted.”

“Former Alabaster Officer Williams lost his life on duty last night,” Alabaster City Councilwoman Kerri Bell Pate wrote in a Facebook post. “I don’t have in me what these men and women that choose to go into this profession to protect and serve our communities have, but I’m so grateful that they do.”

“Moody Sergeant Stephen Williams was killed in the line of duty last night,” stated a post from the Calera Police Department. “Prayers for his family and the Moody Police Department. Sgt. Williams formerly served the city of Calera as a police officer. He gave his life serving and protecting others.”

Defending champ Thompson gets back to work