Nail focuses on doing right instead of expectations 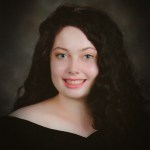 During her time at Chelsea, Nail was president of both Spanish Club and Spanish National Honor Society (at separate times), a peer helper and a candidate for the Leukemia and Lymphoma Society’s “Students of the Year” competition to raise money for Blood Cancer Awareness and treatment.

“Each of these individual accomplishments led to an even greater one—personal growth and self-acceptance,” Nail said.

A favorite subject for the Chelsea senior was AP Spanish because she felt like she learned the most both culturally and academically.

“It was a unique class and my teacher was invested in each of her students,” Nail said.

While her senior year was cut short due to the Covid-19 outbreak, Nail said she has had more free time to read, write, paint, exercise, and many other things.

“My main goal is to stay mentally and physically active while preparing for college,” Nail said.

A piece of advice Nail has received is to focus on doing what is right rather than what others think or expect of her.

Nail said she will carry her time from Peer Helper Camp with her throughout her life.

“I built friendships, and also the lessons we learned about life and working to help others,” Nail said.

Nail said people make experiences and she will miss her friends at Chelsea more than anything.

Nail plans to study cognitive science at Yale this fall.

She is the daughter of Pam and Clint Nail.

Ferguson used to excelling in the face of adversity

For Christian Ferguson, time spent at Briarwood Christian School allowed him to create unforgettable memories every day. “The teachers and... read more